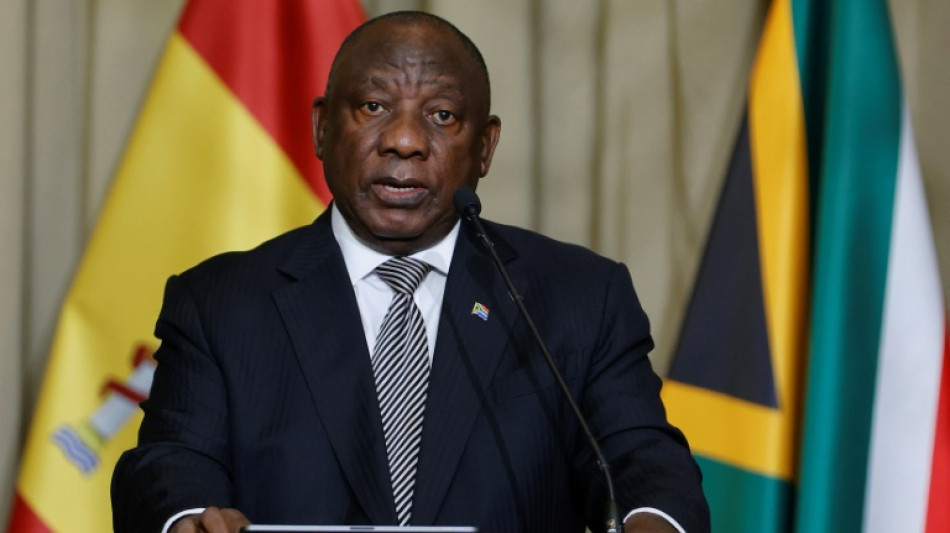 South African President Cyril Ramaphosa is firmly ahead in the race for head of the ruling African National Congress (ANC), garnering more than twice as many party nominations as his challenger, according to a tally issued Tuesday.

Ramaphosa, 70, has polled 2,037 nominations from party branches against 916 for his rival Zweli Mkhize, 66, an ex-health minister who resigned amid graft allegations, the party said.

"These are the two names nominated for position of (party) president," Kgalema Motlanthe, former president of South Africa and head of the ANC's electoral panel, told a news conference in Johannesburg.

The ANC, the party of Nelson Mandela, spearheaded the fight against apartheid and has governed South Africa since the advent of democracy in 1994.

It is due to hold a conference between December 16 and 20 to elect the party's top leadership.

Whoever wins is likely to be the head of state after the 2024 national elections, if the ANC wins that vote.

Party branch nominations are indicative of the outcome, as the votes will be cast in person by branch representatives on the first day of the conference.

Ramaphosa is seeking a second term at the helm after succeeding his scandal-tainted boss, former president Jacob Zuma, in 2018.

His bid comes despite the risk of possible impeachment for allegedly covering up a 2020 crime.

Parliament will debate on December 6 as to whether he should answer allegations that he concealed a multi-million-dollar cash theft at his farm.

Analysts have said Ramaphosa stands a reasonable chance of staying on as ANC leader despite the controversy.