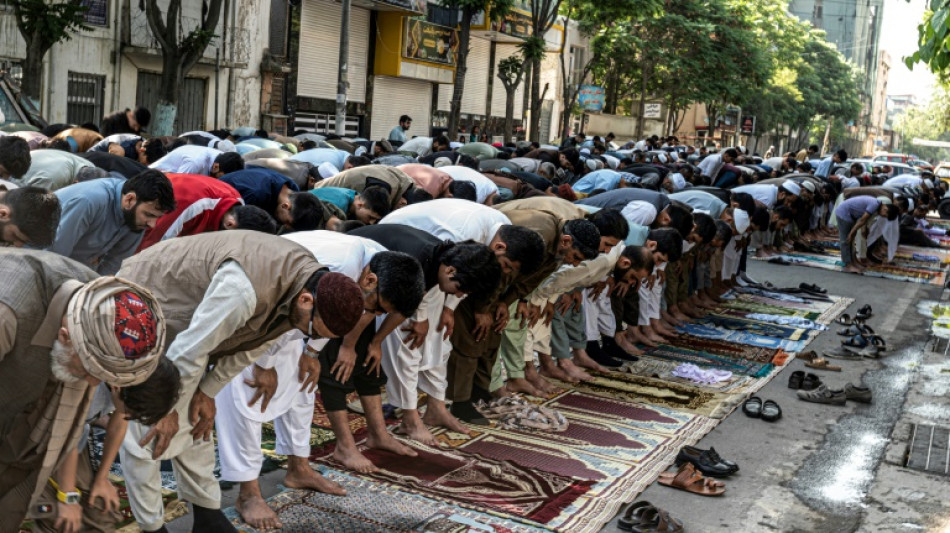 Hundreds of loudspeakers have been installed in the Afghan capital to encourage worshippers to attend prayers, the Taliban's religious enforcers said Wednesday.

The Ministry for the Promotion of Virtue and Prevention of Vice also said that hundreds of empty shops and other disused buildings had been recently converted into mosques to give everyone the opportunity to pray communally.

"During the previous government, some of the loudspeakers were removed and people were not able to listen to the Azan (call to prayer)," the ministry tweeted.

It said 400 loudspeakers had been installed in different parts of Kabul "so the people could listen to the Azan at the same time".

Since returning to power in August last year, the Taliban have gradually introduced strict rules and regulations they say are in accordance with Islamic sharia law.

Women have largely been squeezed out of public life, with most women government workers having lost their jobs -- or paid a pittance to stay at home.

They must cover up with a burqa or hijab when out of the home, are barred from travelling without a male relative and are banned from visiting parks, gyms or public baths.

Schools for teenage girls have also been shuttered across most of the country since the Taliban's August 2021 return.

Earlier this month, supreme leader Hibatullah Akhundzada ordered judges to fully enforce aspects of Islamic law that include public executions, stonings and floggings, and the amputation of limbs for thieves.

Local media also reported Wednesday that the vice ministry has ordered shops in certain parts of the capital to shut for Friday prayers, the most important of the week.

The Azan is a familiar sound across Afghanistan -- particularly in cities, where hundreds of mosques sound the call to prayer five times a day.

Prayer is one of the five pillars of Islam and although Muslims can do it alone at home, communal worship is considered worthy of higher reward.