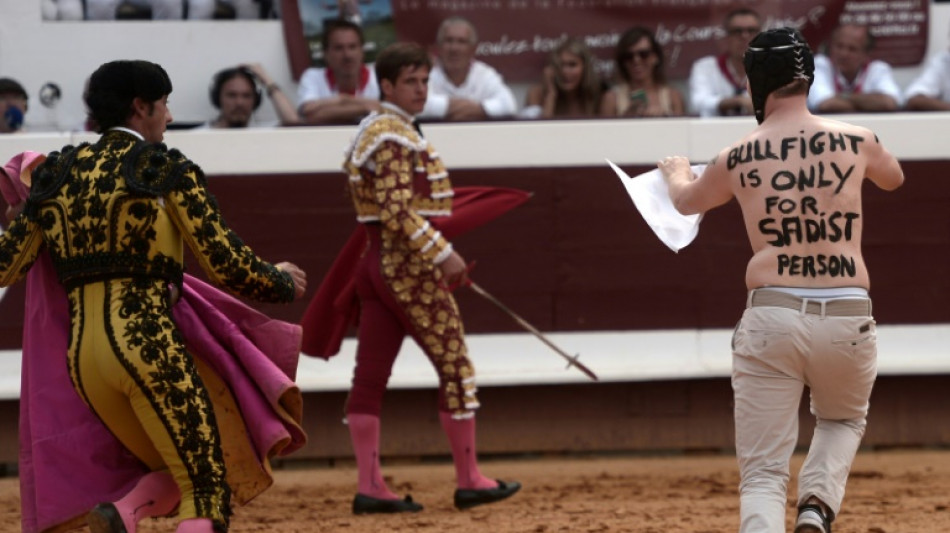 French members of parliament are expected to vote for the first time Thursday on a complete ban on bullfighting, after a national debate that has pitched animal rights defenders against fans of the traditional blood sport.

Though public opinion is in favour of outlawing the practice, the bill is expected to be rejected by a majority of lawmakers who are wary about stirring up the bullfighting heartlands in the south of the country.

There is also a chance that the legislation, proposed by a vegan left-wing lawmaker, fails to be presented for a vote in the National Assembly at the last minute.

"There will not be a ban tomorrow," President Emmanuel Macron said on Wednesday. "We need to go towards a conciliation, an exchange. From where I am sitting, this is not a current priority."

His government has urged members of parliament not to support the text from the opposition France Unbowed party, even though many members of the ruling centrist and centre-right coalition are known to personally favour it.

During a first debate by lawmakers on the parliament's law commission last week, a majority voted against the proposal by lawmaker Aymeric Caron, who denounced the "barbarism" of a tradition that was imported from Spain in the 1850s.

He called bullfighting a "hypocritical ceremony in which an animal that is supposedly honoured is massacred with a precision and refinement that is borderline sadism".

"Caron has antagonised people instead of trying to smooth it over," a lawmaker from Macron's party told AFP on condition of anonymity, saying his approach had alienated many sympathetic lawmakers.

The bill proposes modifying an existing law penalising animal cruelty to remove exemptions for bullfights that can be shown to be "uninterrupted local traditions".

These are granted in towns such as Bayonne and Mont-de-Marsan in southwest France and along the Mediterranean coast including Arles, Beziers and Nimes.

The draft law would also ban cock-fighting, which is permitted in some areas in northern France.

Many bullfighting towns depend on the shows for tourism and see the culture of bull-breeding and the spectacle of the fight as part of their way of life -- idolised by artists from Ernest Hemingway to Pablo Picasso.

They organised demonstrations last Saturday in southern towns, while animal rights protesters gathered in Paris -- highlighting the north-south and rural-versus-Paris divide at the heart of the debate.

"Caron, in a very moralising tone, wants to explain to us, from Paris, what is good or bad in the south," the mayor of Mont-de-Marsan, Charles Dayot, told AFP recently.

Even if the bill were approved in the lower house on Thursday, the draft legislation would face a struggle to pass in the conservative-dominated Senate.

The debate in France about the ethics of killing animals for entertainment is echoed in other countries with bullfighting histories, including Spain and Portugal as well as Mexico, Colombia and Venezuela.

In June, a judge in Mexico City ordered an indefinite suspension of bullfighting in the capital's historic bullring, the largest in the world.