Congolese give cautious welcome to deal on rebel violence 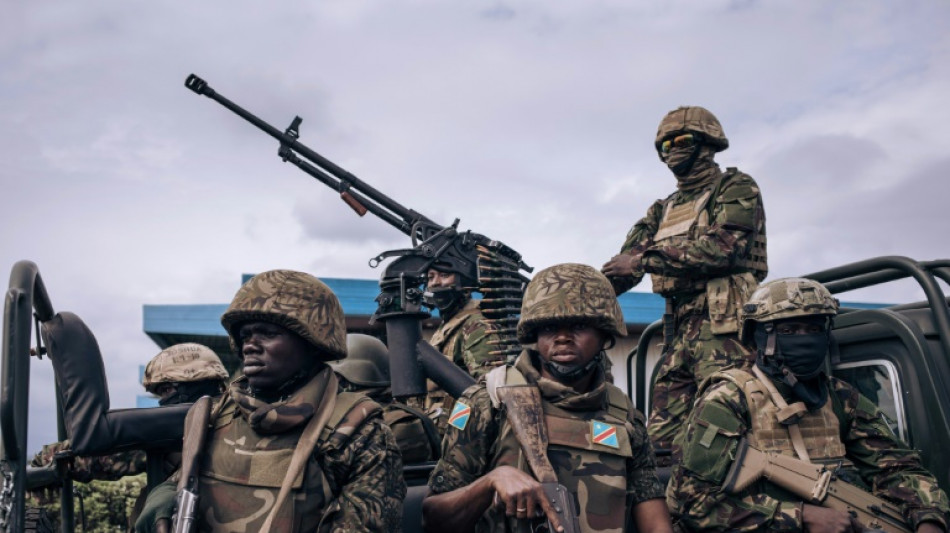 Congolese and security experts reacted cautiously Thursday to the announcement of an impending truce in an escalating conflict in eastern Democratic Republic of Congo.

A militia called the M23 has been gaining ground since mounting an offensive in North Kivu province earlier this year, and is within a few dozen kilometres from Goma, a city of around a million people.

The fighting has sparked a surge in diplomatic tensions with neighbouring Rwanda, which the DRC accuses of abetting the rebels -- a charge that Kigali denies.

On Wednesday, though, talks between the two countries in the Angolan capital Luanda gave rise to an agreement for an "immediate ceasefire," effective from 1600 GMT on Friday.

Both sides also agreed to demand "the immediate withdrawal" of the M23 "from the occupied areas."

Onesphore Sematumba, an analyst with the International Crisis Group (ICG) think tank, said the fact that the Angolan-brokered meeting had taken place was in itself good news, "given the rising tensions."

But he questioned whether the deal, reached by DRC President Felix Tshisekedi and Rwandan Foreign Minister Vincent Biruta, would gain traction.

The rebels did not take part, and for reasons that remain unclear Rwandan President Paul Kagame was also absent.

"The M23 can always say that it wasn't included... and that it is not responsible for a document that it didn't sign," Sematumba said, adding that "it would have been better if President Kagame had been there."

Jean-Claude Bambaze, who heads civil society groups in Rutshuru territory, of which swathes have been captured by the M23, said he hoped the rebels would now withdraw.

But, he said, "we are worried, because it won't have been the first time that (political) decisions are not put into practice."

The DRC and Rwanda agreed to a de-escalation plan in July -- but clashes resumed the very next day.

"The Luanda summit is a strong message to the M23, and we salute it," said Lumumba Kambere Muyisa, member of a campaign group called LUCHA, meaning Fight for Change.

But, he said, the question was "practicability" -- how the agreement would be implemented on the ground.

The M23, a largely Congolese Tutsi militia, first leapt to prominence 10 years ago when it captured Goma, before being driven out and going to ground.

It re-emerged late last year, claiming the DRC had failed to honour a pledge to integrate its fighters into the army, among other grievances.

The M23 is one of an estimated 120 armed groups that have turned eastern DRC into one of Africa's most violent regions.

Many of them are legacies of two wars before the turn of the century that sucked in countries around eastern and central Africa and left millions of people dead.

Rwanda denies the DRC's charges against it and accuses Kinshasa of colluding with the Democratic Forces for the Liberation of Rwanda (FDLR) -- a former Rwandan Hutu rebel group that was established in the DRC after the 1994 genocide.

The East African Community (EAC), of which Rwanda is a member, has also vowed to deploy a joint force to quell the violence.

Kenyan soldiers arrived in the DRC earlier this month and Uganda says it will shortly deploy around 1,000 troops.