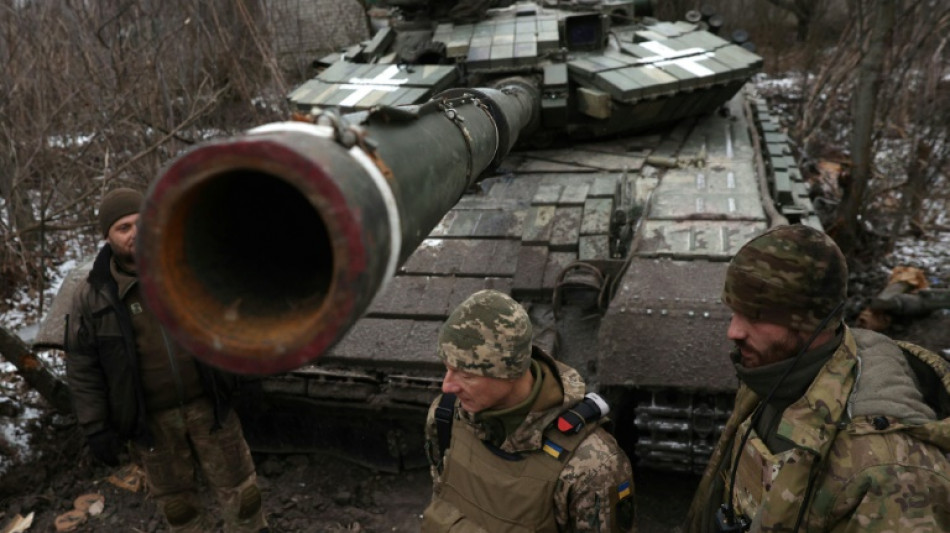 Ukraine reported a fresh wave of attacks and hits on key infrastructure facilities on Saturday, a day after Russia claimed to have captured the ravaged eastern town of Soledar following a long battle.

Victory in Soledar would be a rare achievement for Moscow after an embarrassing series of military setbacks -- although Kyiv insisted fighting was still ongoing in the city.

"Today, the enemy fired at energy facilities again," operator Ukrenergo said, adding it was working on "eliminating the consequences" of the strikes.

"There is a hit to an infrastructure facility, without critical destruction or fire," the Kyiv city administration said.

A fire broke out in a warehouse after fragments of a rocket fell, it said, adding there were no reported casualties in the capital.

There could be emergency power cuts in the city of Kharkiv, the second largest in Ukraine, and in the surrounding region, Synegubov warned.

Attacks were also reported in the southern Zaporizhzhia region.

The head of the central Cherkasy region, Igor Taburets, said that "the enemy is attacking the territory of Ukraine again".

There is uncertainty about the fate of Soledar, a salt mining outpost that Russia claimed to have captured, which Kyiv denies.

Both sides have conceded heavy losses in the battle for the town, with Moscow desperate to sell any win back home after repeated humiliations and Ukraine determined to hold -- and win back -- ground.

On an icy road near Soledar on Saturday, AFP journalists saw Ukrainian medics tending to the wounded brought from the nearby frontline.

Bloodied helmets, bullet-proof vests and pieces of uniform were discarded on the side of the road after being cut from corpses.

The health workers are "here to help the living", said a 31-year-old medic who identified himself as Vadim.

Two men, one with a bandaged head, and another with an injured leg and carried on a stretcher, were quickly helped into a waiting ambulance.

The wounded are usually taken to stabilisation points before being transferred to hospital, Vadim explained.

Another medic bent over one of the wounded men's vest, collecting the remaining bullets.

"Things are consistently difficult," said Vadim, but "the Ukrainians are keeping their positions."

The Russian defence ministry on Friday announced it had "completed the liberation" of Soledar the previous day and pledged more "successful offensive operations" in the eastern Donetsk region.

In a separate statement, it praised the "courageous and selfless" forces of mercenary group Wagner for storming Soledar.

The founder of Wagner, Yevgeny Prigozhin, insists that his force spearheaded the offensive for Soledar.

Ukraine has insisted it still controls the frontline city, despite Russia's claims to have taken it.

Regional governor Pavlo Kyrylenko said on national television Saturday that "Soledar is controlled by Ukrainian authorities, our military controls it."

He added that "battles continue in and outside of the city".

The industrial city with a pre-war population of about 10,000 has now been reduced to rubble through intense fighting.

Ukrainian President Volodymyr Zelensky said "the difficult battle for Donetsk region continues, the battle for Bakhmut and Soledar... continues, although the enemy has concentrated its greatest forces in this direction."

Capturing Soledar could improve the position of Russian forces as they push toward what has been their main target since October -- the nearby transport crossroads of Bakhmut.

But the US-based Institute for the Study of War said Russian information operations have "overexaggerated" the importance of Soledar.