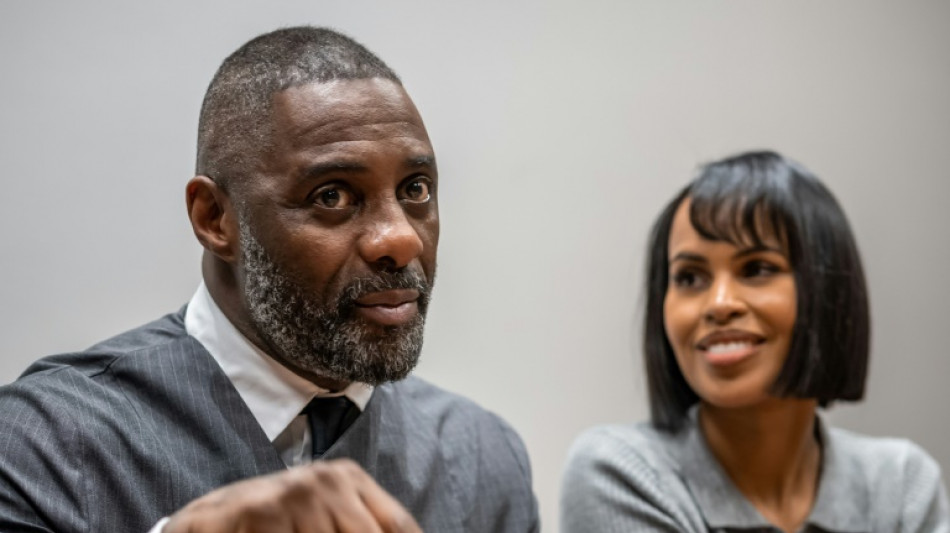 The last time British actor Idris Elba was in Davos during the World Economic Forum, it was to perform as a DJ at a party with R&B superstar Mary J. Blige.

Almost a decade later, the versatile artist is back in the Swiss Alpine village with his wife, Sabrina Dhowre Elba, in a very different role: as an advocate for food security and efforts to combat climate change.

During his previous gig in 2014, "messaging was, you know, 'have a good time guys'," Elba, who has been spinning discs since age 14, told AFP in an interview on the sidelines of this year's WEF.

"There were some very, very interesting people as my audience, but it's nothing compared to being here this time," said Elba, as there is "way more" responsibility.

"There's no comparison," said the artist, whose talents range from spinning discs at the Coachella festival to playing South African anti-apartheid hero and president Nelson Mandela in "Mandela: Long Walk to Freedom".

The Elbas, who are goodwill ambassadors for the UN's International Fund for Agricultural Development (IFAD), are in Davos to urge the world's corporate and political elite to do more to help small farmers in Africa.

"We have specific goals and specific targeting and messaging to do while we're here," Elba said, adding that "it has been a very different experience from the first time" he was in Davos.

The couple was awarded the WEF's Crystal Award for their advocacy work on Monday at an event where Elba told the audience that the poor of this world are looking for investments, not just aid and handouts.

"People are listening, governments are stepping up, but not enough," Sabrina Dhowre Elba, a Somali-Canadian model, told AFP.

"That's why we're here and continue banging doors ... because we need to step up twice, three times, four times, five times as much because the need is there," she said.

"We need to have long-term solutions that help people step themselves up in an entrepreneurial way, get them out of poverty, give them a sense of pride and work," she said.

Her husband said: "I think the next challenge for us is to get private sector to to participate."

The man who played a ruthless drug gang leader in the TV show "The Wire" or an African warlord in "Beasts of No Nation" cuts a different image from those fearsome characters in Davos.

"That's unjust. If this is a movie, those are the bad guys and these are good guys, you know, and so that's what drives me," said Elba.

In Davos, the star couple are accompanied by a man whom Elba describes as their "fearless leader", IFAD president Alvaro Lario.

"You can see it in the passion they transmit, they're just not building a message out of nowhere. They really believe in it," Lario said.

The Elbas have now taken their advocacy to another level by creating the Elba Hope Foundation late last year to further their work on food security, climate change, and gender and youth issues.