Lufthansa closes in on stake in Italy's ITA Airways 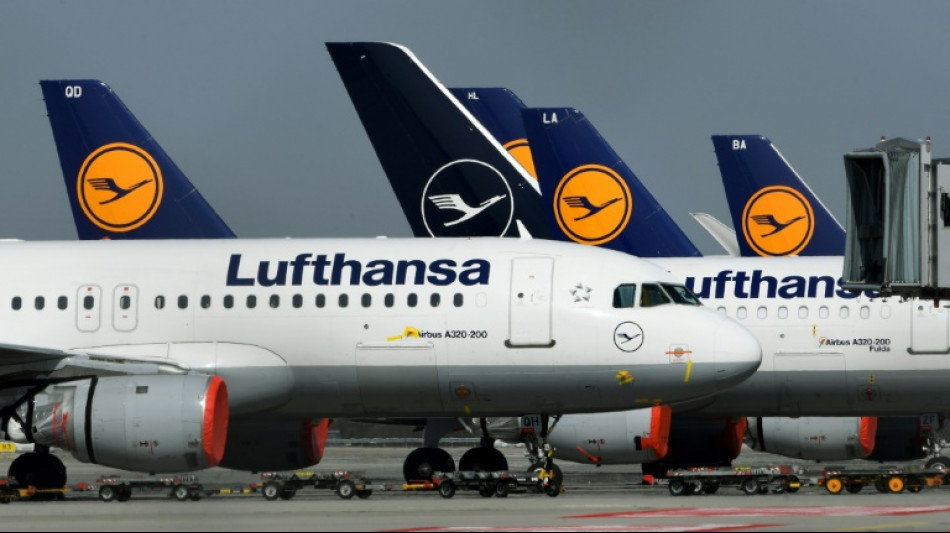 Lufthansa's proposal would see the carrier initially take a minority stake in state-owned ITA, with the option "to purchase the remaining shares at a later date", it said in a statement.

No financial details were disclosed, but Bloomberg News reported earlier that the deal could see Lufthansa pay up to 350 million euros ($375 million) for an initial 40-percent stake before increasing its ownership to 100 percent.

Italy's previous government launched the process last year of selling off a majority of ITA Airways, the successor to the iconic but loss-making national carrier Alitalia.

The government, under then-premier Mario Draghi, at first preferred a bid by US investment fund Certares, Air France-KLM and Delta Air Lines.

But when those negotiations failed to make headway, Italy's new right-wing cabinet under Prime Minister Giorgia Meloni declared in late October that the period of exclusivity talks had ended -- putting Lufthansa back in the running.

The German group -- which also owns Swiss, Brussels and Austrian Airlines -- has always made clear it was interested in a "true privatisation" of ITA Airways.

Swiss shipping giant MSC had teamed up with Lufthansa in the first round of bidding but said in November it was pulling out, leaving Lufthansa to pursue the ITA deal alone.

Separately, Air France-KLM said Wednesday it had informed the Italian government it was dropping out of the race too, clearing the path for rival Lufthansa as the sole bidder.

Lufthansa hopes to turn Rome into a key European travel hub, including by offering direct flights to Italy from the United States, its biggest market.

"For Lufthansa Group, Italy is the most important market outside of its home markets and the US," the company said.

"Italy's importance for both business and private travel lies in its strong export-oriented economy and status as one of Europe's top vacation spots."

ITA Airways replaced the national carrier Alitalia, which was put under state administration in 2017 after years of fruitless attempts to find a buyer.

The Italian state has spent more than 13 billion euros trying get the airline back on its feet over the past two decades.

Italy's government agreed late last year to inject another 400 million euros into ITA to keep the airline afloat as the bidding process dragged on.

This year, ITA will see the arrival of 39 new aircraft, including nine long-haul planes.

Half of its fleet will be "new generation" by the end of 2023, according to ITA CEO Fabio Lazzerini.

Without a partner to strengthen its long-haul business however, ITA was seen as having little chance of survival in the face of stiff competition from low-cost companies.

But "it is necessary to make a real privatisation to avoid the mistakes of the past," tweeted Andrea Giuricin, a transport economist at Milan's University Bicocca.

"It is important to understand who will have control after the partial privatisation. If, as in the case of Alitalia, it is always politics that decides, it will be another Italian-style privatisation," he wrote.

Lufthansa shares jumped by 4.60 percent to 9.21 euros in late afternoon trading on Wednesday.