Swedish intel agent gets life for spying for Russia 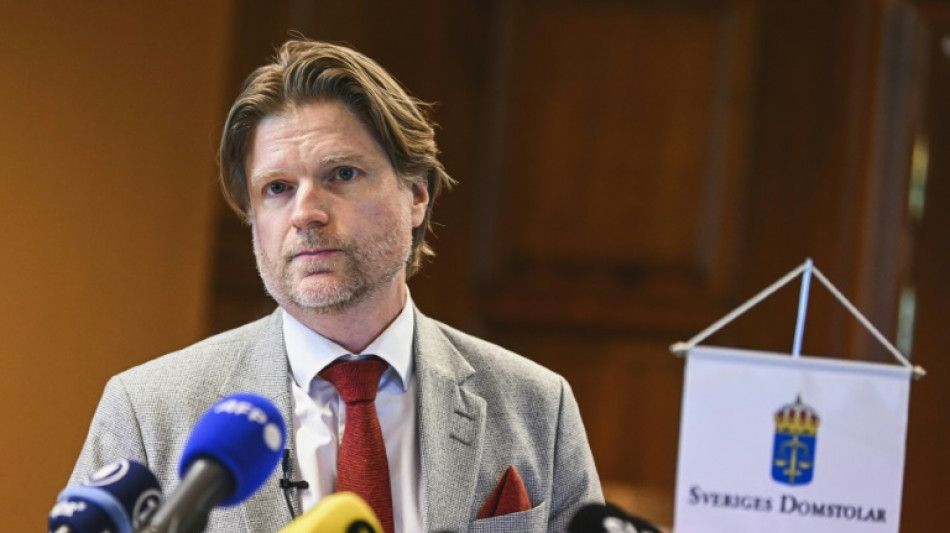 A former Swedish intelligence official was handed a life sentence on Thursday for spying for Russia's military intelligence service between 2011 and 2021, and his brother jailed for 10 years.

The brothers, Swedish citizens of Iranian origin, had "together and in concertation, illegally and for the benefit of Russia and the GRU, acquired, transmitted and disclosed information whose disclosure to a foreign power could harm Sweden's security".

The court found Peyman Kia guilty of gathering some 90 classified documents through his jobs.

His brother was found guilty of planning the crime and managing contacts with the GRU, passing on about 45 of the classified documents.

They were arrested in 2021, several years after Sapo first suspected a mole in its organisation and counter-intelligence began investigating Peyman Kia.

The pair have been held in custody since their arrest. Both denied the charges.

Peyman Kia was handed a life sentence for carrying out espionage "of the most serious category", judge Mans Wigen said, adding that he had abused the trust placed in him as an intelligence official to aid Russia, which poses "the biggest threat to Sweden".

Despite a trove of evidence including USB sticks, laptops, hard discs and mobile phones, the court acknowledged that there was much it had not been able to ascertain.

"After studying the evidence, it is clear that some pieces of the puzzle are missing and it has therefore not been possible to establish with certainty what has happened", it wrote in a statement.

The court speculated that the brothers may have been motivated by money.

Among other things, it found that Peyman Kia handled cash worth around 550,000 kronor (almost $50,000) in 2016-2017, more than 80 percent of it in US dollars, which it said was likely payment from Russia for the classified documents.

Much of the investigation and court hearing, and Thursday's full court ruling, was considered classified information and therefore not made available to the public.

The trial coincides with another spectacular spying case believed to have benefited Russia involving a couple of Russian origin arrested last year at their home in a Stockholm suburb in a police helicopter raid at dawn.

Moscow allegedly installed the couple, named by the Bellingcat investigative website as Sergei Skvortsov and Elena Koulkova, as sleeper agents in the late 1990s.

Skvortsov was placed in temporary custody in November for "illegal intelligence activities" while his companion was detained on suspicion of complicity before being released although she remains a person of interest in the investigation.

Swedish authorities say the case is not linked to that of the Kia brothers.