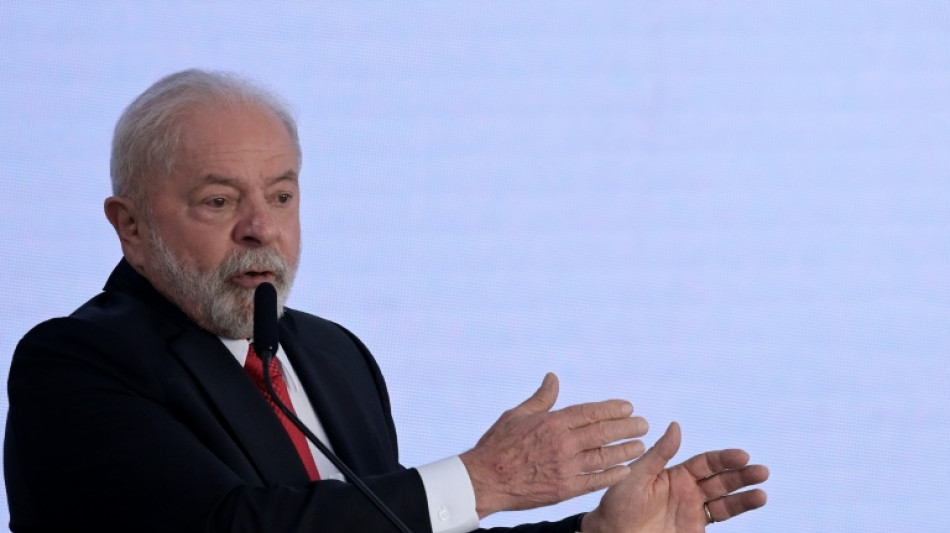 Brazil President Luiz Inacio Lula da Silva arrived at the presidential palace in Buenos Aires on Monday as he began a first foreign trip since his election by meeting with Argentine counterpart Alberto Fernandez.

The two leaders are due to discuss strategic bilateral "gas integration" and a "common South American currency" for financial and trade flows, the Argentine presidency said in a statement released on Sunday night.

Lula, 77, arrived at the Casa Rosada in central Buenos Aires at 11:00 am accompanied by his wife Rosangela da Silva. He was greeted by Fernandez and his wife Fabiola Yanez.

Brazil is the top destination for Argentine exports, amounting to 14.3 percent and $12.7 billion in 2022.

Close to 20 percent of Argentina's imports are from Brazil, worth just over $16 billion last year.

"Argentina is the most important country in our diplomatic relations," Feliciano de Sa Guimaraes, academic director for the Brazilian Center for Diplomatic Relations, told AFP.

Likewise, Fernandez's government "depends a lot on Brazil", not least in its negotiations with the International Monetary Fund (IMF), with whom Argentina has a $44 billion debt.

Following the bilateral meeting with Fernandez, Lula is due to told talks in the afternoon with Venezuela President Nicolas Maduro, the Brazilian presidency said.

On Tuesday, Lula will take part in a Community of Latin American and Caribbean States (CELAC) summit.

His far right predecessor Jair Bolsonaro suspended Brazil's participation in CELAC, alleging the body "gave importance to non-democratic regimes such as those of Venezuela, Cuba and Nicaragua."

Maduro's expected presence in Argentina has caused a stir with civil organizations filing a complaint against the Venezuelan leader for human rights abuses, and some opposition politicians have demanded he be arrested on arrival.

Lula is also due to meet Cuba's President Miguel Diaz-Canel in Buenos Aires before heading to Montevideo on Wednesday for talks with Uruguay President Luis Lacalle Pou.

"What we will do in Buenos Aires and Montevideo is speak without partners about the situation we inherited and possible paths to follow," said Vieira.

One challenge Lula will face is a crisis within the Mercosur trade group that comprises Brazil, Argentina, Uruguay and Paraguay over Montevideo's decision to negotiate a bilateral free trade agreement with China without the consent of its regional partners.

Lula begins his visit to Argentina just two days after sacking army commander Julio Cesar de Arruda due to a a lack of "confidence" following the storming of the seats of power in Brasilia earlier this month by Bolsonaro supporters.

Lula has said he suspects the security forces may have been involved in the riots.