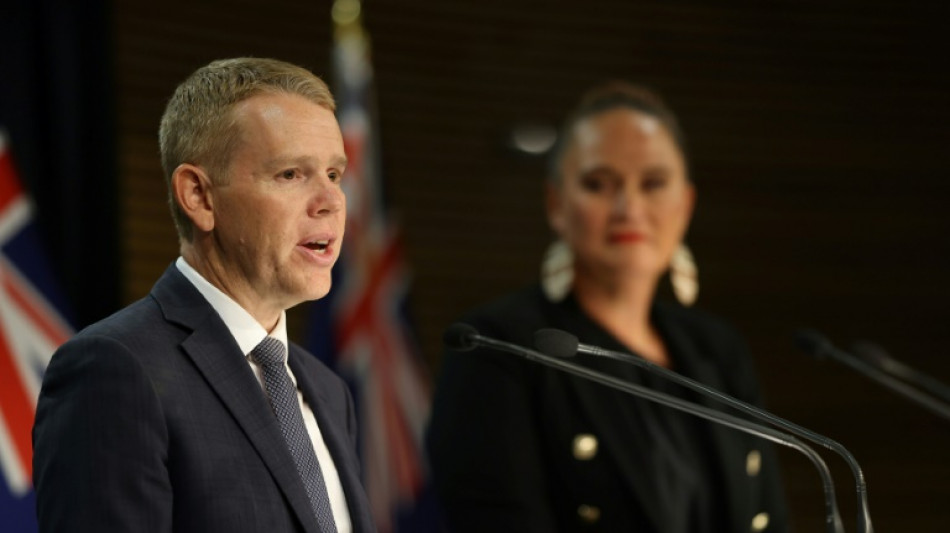 Jacinda Ardern was officially replaced on Wednesday as New Zealand prime minister, after stunning the country by announcing her abrupt departure from the role last week.

New Prime Minister Chris Hipkins, 44, was sworn in by New Zealand's governor-general during a ceremony in the capital, Wellington.

"This is the biggest privilege and responsibility of my life," Hipkins said after formally taking office.

"I'm energized and excited by the challenges ahead."

Ardern said last week she no longer had "enough in the tank" after steering the country through natural disasters, its worst-ever terror attack and the Covid-19 pandemic.

She made her last public appearance as prime minister earlier on Wednesday, walking out of parliament as hundreds of onlookers broke into a spontaneous round of applause.

Her centre-left government has increasingly struggled over the past two years, hampered by soaring inflation, a looming recession and a resurgent conservative opposition.

Hipkins, the architect of New Zealand's pandemic response, is now tasked with reviving the government's sagging popularity ahead of a general election in October.

The father-of-two is nicknamed "Chippy" and describes himself as a "regular, ordinary Kiwi" from a working-class background who loves sausage rolls and cycling to work.

"Covid-19 and the global pandemic created a health crisis. Now it's created an economic one and that's where my government's focus will be," Hipkins has said previously.