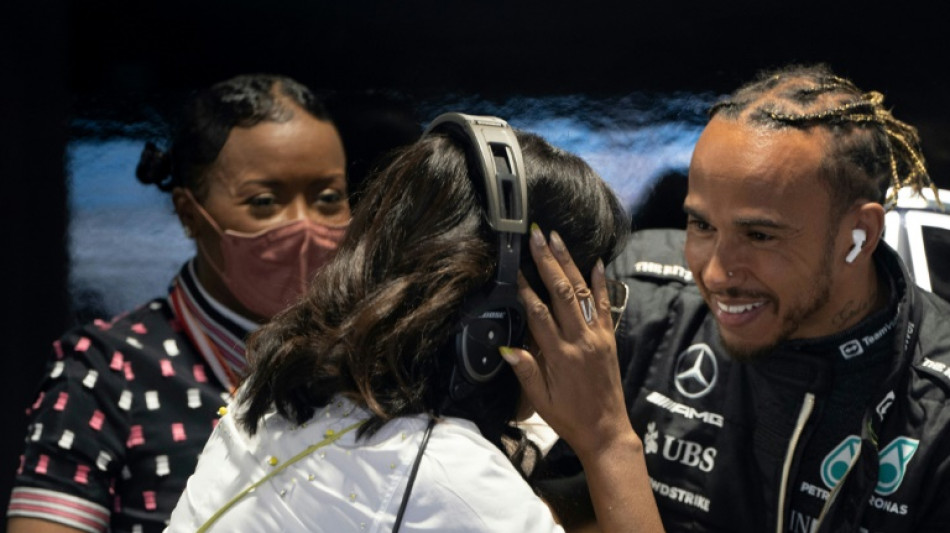 Lewis Hamilton admitted to relief and said he and Mercedes would 'keep chipping away' to recover lost speed after he qualified sixth on Saturday for the Miami Grand Prix.

The seven-time world champion had missed out on a top ten start at last month's Emilia Romagna Grand Prix and praised his team for their hard work in attempting to improve their new car.

"That's the best qualifying session that I have had in the last three races," he said. "So I'll take that and keep pushing and keep working hard.

"We've got to keep on chipping away. So much amazing work has gone on in the background.

"I don't think we are necessarily moving forward at the rate we would like to, but we have just got to keep our heads down and keep working and eventually we will get there."

Team-mate George Russell, who was fastest in Friday's second free practice session, was unable to reproduce that pace as the team continued making set-up changes in search of a major performance improvement.

"I'm a bit confused to be honest," he said, having qualified 12th. "The car was bouncing a lot more again.

"My qualifying lap was slower than the one I did in second practice yesterday. We just didn't attack any of the corners. There was potential in there, we saw that yesterday.

"We were really quick, but it was massively away from us today. It's all a bit inconsistent to be honest. When we get it into the window, it's fast.

"Yesterday, it looked like we were in the fight for pole, but today we were 12th so it doesn't really make a lot of sense."

Mercedes, winners of a record eight consecutive constructors championships in Formula One, have struggled to be competitive with their new car this year after the introduction of new regulations.