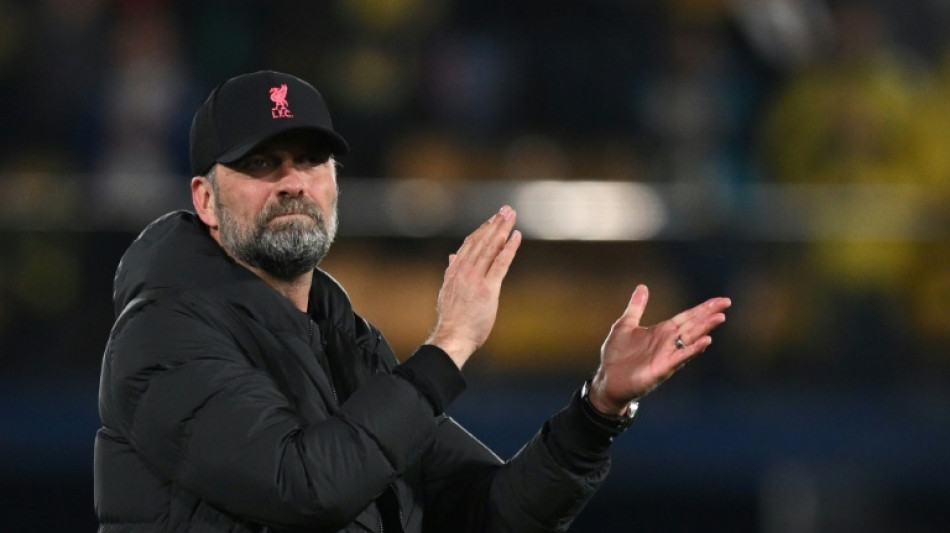 Liverpool manager Jurgen Klopp said he maintains belief that the Reds can beat Manchester City to the Premier League title and keep their hopes of a historic quadruple alive.

City extended their lead at the top of the table to three points and also boosted their goal difference to four better than Liverpool's with a 5-0 thrashing of Newcastle on Sunday.

The Reds stumbled a day earlier when they were held 1-1 at home by Tottenham.

However, Klopp shrugged off suggestions that he should now focus on saving his players' energies for facing Chelsea in the FA Cup final on Saturday and the Champions League final against Real Madrid on May 28.

"Until it's not reachable anymore, why should we stop believing? That's what we do," said Klopp at his pre-match press conference ahead of Tuesday's trip to Aston Villa.

"It is clear that it is not over, whatever happened, because we both have three games to play. And my concern is actually: how can we win our games?

"In an ideal world you win all the games and you are always in a great mood. A lot of times we have to respond on setbacks and that's what we have to do."

City boss Pep Guardiola claimed he felt the whole of England is behind Liverpool's title bid.

Speaking shortly after the win over Newcastle, Guardiola said: "Everyone in this country supports Liverpool, the media and everyone."

However, Klopp said he does not get that feeling with the hostile environment his side face on the road.

"I have no idea if the whole country is supporting us," added Klopp. "It is not the feeling I get when we go to other places and play there, it is actually the opposite, but maybe he knows more about that than me."

Liverpool are sure to have a fan in the manager of their next opposition.

Steven Gerrard never lifted a league title as captain at Anfield, but is revered as one of the club's greatest ever players and been tipped as a potential successor to Klopp.

Villa secured safety with a 3-1 win at Burnley at the weekend, but Gerrard said he has no divided loyalties when facing his old club.

"My job is to win games for Aston Villa, that will always be the case when I'm representing the club. I want to win, fiercely, and that is no different tomorrow," said Gerrard.

Liverpool were thrashed 7-2 on their last visit to Villa Park in October 2020.

But Gerrard believes he is coming up against the best team in world football right now.

"Liverpool are a world-class team. Arguably, the best team in the world right now," he added.

"We're well aware of the size of the challenge, but it's exciting and I'm looking forward to it. Big games of football are what it's all about."