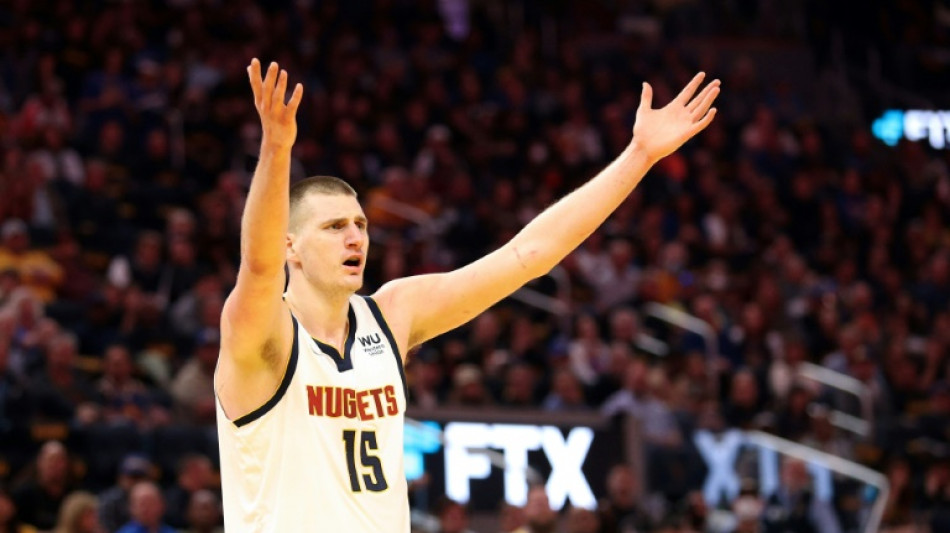 Denver Nuggets star Nikola Jokic will be named as the NBA's Most Valuable Player for a second straight year ahead of Philadelphia's Joel Embiid, ESPN reported on Monday.

The 27-year-old Serbian ace will be confirmed as MVP later this week after another dazzling season that outshone his 2020-2021 campaign.

Jokic averaged 27.1 points per game with 13.8 rebounds and 7.9 assists this season as the Nuggets finished sixth in the Western Conference.

The Nuggets and Jokic were eliminated in the first round of the playoffs by the Golden State Warriors.

The Denver center's reported victory means Embiid will once again miss out on the coveted MVP award despite finishing as the league's top scorer, with an average of 30.6 points per game.

Overseas players have now won the MVP award for the past four seasons, with Jokic's back-to-back awards following Greek star Giannis Antetokounmpo's honors in 2019 and 2020.

Jokic is the 15th player to win multiple MVP awards, joining an elite club that reads like a who's who of the NBA's greatest players which includes the likes of Bill Russell, Wilt Chamberlain, Kareem Abdul-Jabbar, Moses Malone, Larry Bird, Magic Johnson, Michael Jordan and LeBron James amongst others.