Gloom for Hamilton as Mercedes lost in 'no man's land' 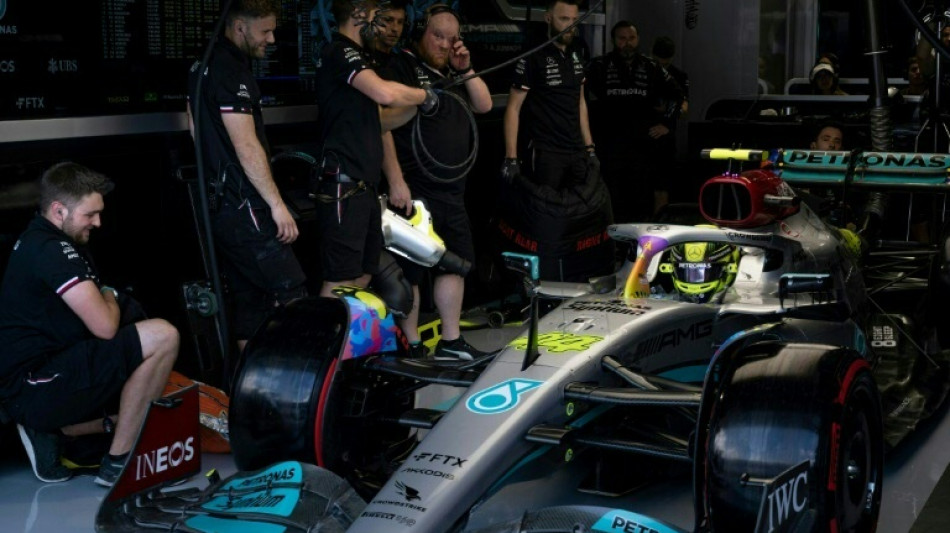 Gloom for Hamilton as Mercedes lost in 'no man's land' / Foto: © AFP

For the team that has dominated Formula One, the landscape is looking far bumpier this season.

Lewis Hamilton's narrow failure to take the driver's title last year was the only blip on Mercedes eight years ownership of the team and individual titles,

Yet this year Hamilton, 37, and his young teammate George Russell are struggling to keep pace with the Red Bulls and Ferraris.

On Sunday, the seven-time world champion could only finish sixth, one place behind Russell in the inaugural Miami Grand Prix, the fifth race of the season.

Even with some improvement in performance, especially in practice, Mercedes are well off the pace and a shadow of the team that has dominated the sport.

"We're the same speed as we were in the first race and we just haven't improved in these five races," said a despondent Hamilton who lies sixth in the standings with 36 points, 68 behind leader Charles Leclerc.

Hamilton's mood has hardly been helped by being outperformed in the new car by Russell who is fourth with 59 points.

They have managed a single podium each. Hamilton took a fortuitous third in the opening race in Bahrain when both Red Bulls dropped out. Russell was third in Melbourne.

Hamilton's demeanour since controversially losing the 2021 title to Max Verstappen in the final lap of last race, after which he hinted at retirement, has also raised eyebrows.

A needless spat with race organisers about jewellery set the tone for Hamilton's Miami race, which ended with him lambasting his own team for their race strategy.

Later, he tried to hit a positive note, saying the car and team will improve.

"I'm hopeful at some stage we will," he said. "We just have to keep trying and keep working hard."

Wolff, who said there would be upgrades to try and fix the 'porpoising' that has slowed the cars, admitted morale is low in the Mercedes pit.

"There is no happy moment at the moment because we're a bit down," he said.

"We're third quickest on the road and we're in no man's land.

"We had a good Friday. We need to dissect why that was and then come back. This is where we are. We're not as quick in qualifying and we are behind the Red Bulls and Ferrari."

Russell topped the times in Friday practice, but slumped to 17th on Saturday at the Miami International Autodrome.

A package of aerodynamic upgrades had helped to streamline the chassis and cut three kilos from the weight, but, said Wolff, the marginal improvement was also track-specific.

The fundamental problem of 'porpoising' remained.

"It's not like we've found a ground-breaking solution," said Wolff. "The car still bounces like a kangaroo. Some of these things we understand. Others not."

The bewildered team have a chance to cross-reference data in Spain later this month, having done pre-season testing at the Circuit de Catalunya.

"We will carry out experiments on the floor," said Wolff. "And, we will then have major modifications to the underbody, which will hopefully be a solution."

He said he understood Hamilton's grumpy criticism of the team's strategic confusion when, during a safety car period, they asked him, he was asked if he wanted to pit or stay out. Hamilton replied it was the team's job to decide.

"It went against Lewis and he lost a position," said Wolff.

"It is not the first time this season he's been unlucky with the safety car."

Despite suggestions that he is disillusioned, Hamilton is expected to stay loyal and supportive, hoping that the team can 'unlock' the speed and performance required to competitive.

If they fail and have to revert to an earlier slower car concept for more consistency, Hamilton may need to reconsider his prospects for the year and years ahead.