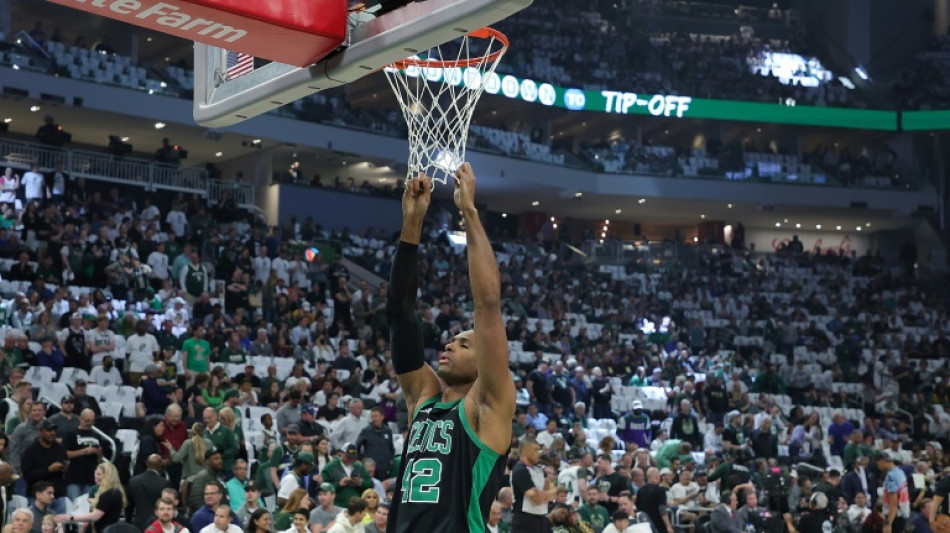 Al Horford scored 30 points as the Boston Celtics produced a devastating late scoring burst to defeat the Milwaukee Bucks 116-108 and tie their best-of-seven series at 2-2 on Monday.

The defending champion Bucks looked to be heading towards a 3-1 lead in the Eastern Conference semi-final series after stretching into an 11-point lead late in the third quarter, with Giannis Antetokounmpo in commanding form.

But a devastating fourth quarter shooting display from the Celtics -- with Horford scoring 16 points as Boston outscored Milwaukee 43-28 -- transformed the contest as the Celtics head home to Boston for game five on Wednesday.

Horford's total was a career-high in playoff games, and gives the Celtics a crucial advantage with two of the three remaining games in the series taking place in Boston.

"Our backs were against the wall. We needed to respond and that's what we did," Horford said afterwards.

"Playoffs is hard. You have to grind and get down to it. Our backs were against the wall tonight and we just needed to find a way."

Antetokounmpo led the scoring for Milwaukee with 34 points in a losing effort, with 18 rebounds and five assists while Brook Lopez finished with 17 points.