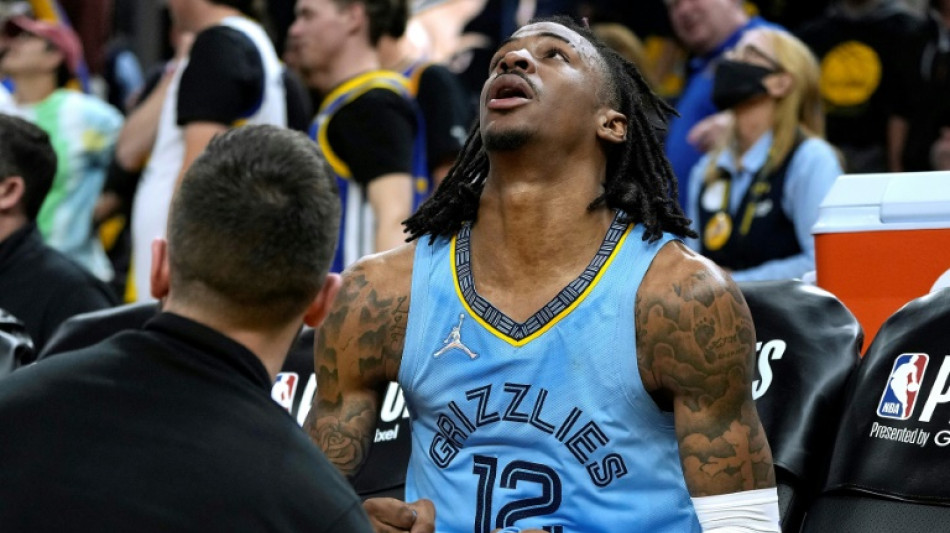 Memphis Grizzlies star Ja Morant could miss the remainder of the NBA postseason after suffering a bone bruise in his right knee, the team announced on Tuesday.

In a potentially fatal blow to the Grizzlies' playoff hopes as the team attempts to overturn a 3-1 series deficit against Golden State, Memphis said Morant was "doubtful" to return this season.

Morant limped out of the Grizzlies 142-112 pummeling by the Warriors in San Francisco on Saturday after being injured in the fourth quarter.

"Morant underwent an MRI and subsequent evaluation has revealed a bone bruise in his right knee," the Grizzlies said in a medical update.

"Morant is doubtful for the remainder of the postseason but is expected to make a full recovery."

The 22-year-old superstar exited Saturday's game at the Chase Center after Warriors guard Jordan Poole appeared to grab his right knee while chasing a loose ball.

It was the latest flashpoint in a testy series between the two Western Conference rivals which has left players on both sides nursing injuries.

Poole has insisted there was nothing sinister in the play.

"It's a basketball play," he said. "We doubled him and I went for the ball. Obviously, you don't want to see anybody get hurt. I'm not even that type of player."

Morant missed Monday's game four loss to the Warriors, who snatched a 101-98 victory after trailing until 45 seconds from the final buzzer.

That defeat left Memphis 3-1 down in the best-of-seven series with game five due to take place in Memphis on Wednesday.

Morant is one of the next generation of superstars in the NBA.