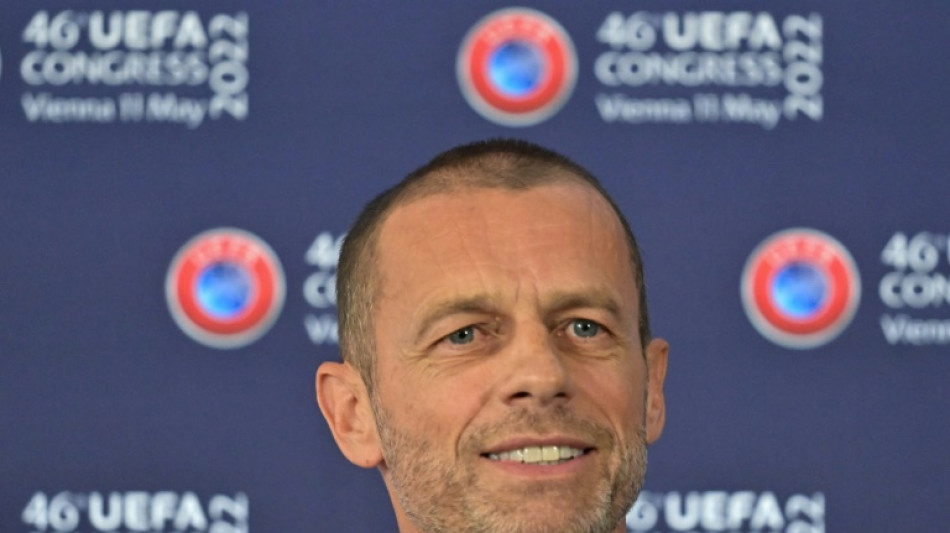 The Super League project "is over once and for all or at least for 20 years," UEFA president Aleksander Ceferin said on Wednesday.

"I don't like to call it Super league because it's everything but Super League," said the Slovenian after the Congress of the governing body of European football in Vienna.

Twelve of Europe's biggest clubs signed up to the proposed new competition last April but it collapsed within days following a fierce backlash from their own players and fans, as well as governments and football's governing bodies.

Nine clubs distanced themselves from the project but Real Madrid, Barcelona and Juventus remain on board with the concept.

Ceferin -- speaking the day after UEFA announced a revamp of all their club competitions including the flagship Champions League -- said the trio had no chance of reviving it.

"For me, this project is over once and for all or at least for 20 years. I don't know what will happen later," Ceferin told a press conference.

He declined to comment on UEFA's disciplinary proceedings against the three hold-outs.

A Madrid judge in April upheld a UEFA appeal and lifted the protection from punishment the Superleague clubs obtained from another Spanish court a year earlier.

"We have to respect the courts and wait for the final decision. We are not in a hurry," said 54-year-old Ceferin, a sports lawyer before entering football administration.

Ceferin's "open" model of football received support in Vienna from Margeritis Schinas, the vice president of the European Commission, who attended the Congress.

The CJEU should give its answer at the end of the year.

"They claim we have monopoly and I said many times that nobody has to play in our competition," Ceferin said on Wednesday.

"And this is far from being a monopoly".

The Super League clubs insisted they wanted to remain in UEFA to continue playing in their national leagues.

Ceferin said he was confident UEFA could deal with the continuing fallout.