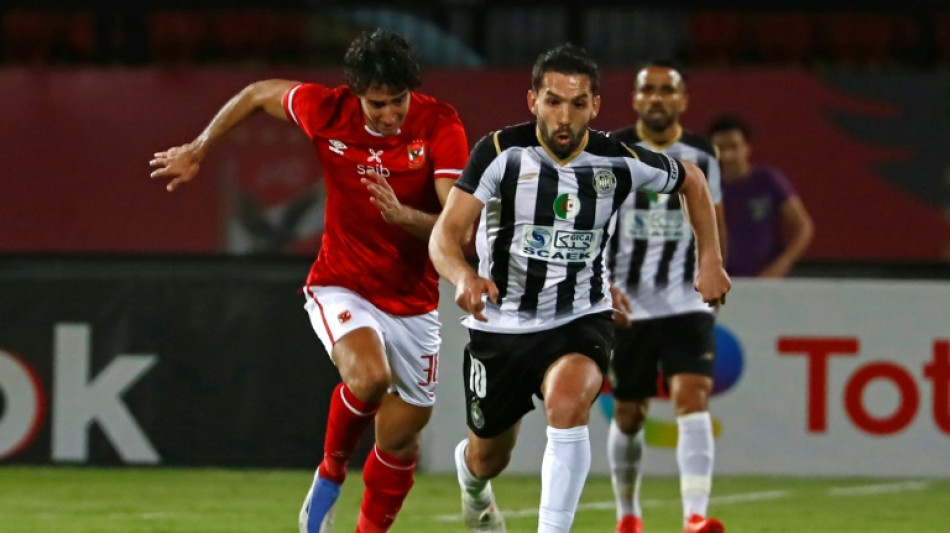 The Cairo outfit confirmed on Tuesday in a press release that they had approached the world sport judicial body in Switzerland after an appeal to the Confederation of African Football (CAF) failed.

Wydad Casablanca of Morocco are likely to play Ahly in the May 30 title decider and the Egyptians say it would be "unfair for one club to have home advantage".

"Al Ahly has presented an appeal to CAS against the decision of CAF not to organise the 2022 CAF Champions League 2022 in a neutral venue," the release said.

"The club has already asked CAF to play the match in a neutral venue and will appeal the CAF decision, asking CAS to resolve the situation before the final.

"Al Ahly hopes CAF will be keen not to obstruct justice and that it will provide CAS with all the required documents that will help to obtain justice."

In the semi-finals second legs this weekend, Wydad have a 3-1 lead and home advantage over Petro Luanda of Angola while Ahly take a 4-0 advantage over Entente Setif to Algeria.

When CAF announced on Monday that Morocco would stage the highlight of the African club season, the Cairo based body did not say where in the kingdom the match would be played.

Grounds in Agadir, Marrakech, Rabat and Tangiers also meet international standards, and CAF might consider choosing one of them to try and pacify Ahly.

However, while Wydad would not then play on the pitch they are most used to, excellent Moroccan infrastructure means their huge partisan support base could travel anywhere in the kingdom.

CAF have defended a decision that was certain to anger Ahly, saying Morocco were the only bidders for the final after Senegal dropped out for unexplained reasons.

When CAF changed the final from two legs to a single match in 2020, Cairo hosted an all-Egypt clash between Ahly and Zamalek, and Ahly beat Kaizer Chiefs of South Africa in Casablanca last season.

Meanwhile, CAF announced on Wednesday that the southeastern Nigerian city of Uyo would host the CAF Confederation Cup final on May 20.

Orlando Pirates of South Africa are expected to qualify for a second Confederation Cup final appearance after building a 2-0 semi-final lead over Al Ahly Tripoli of Libya in Benghazi last Sunday.

TP Mazembe from the Democratic Republic of Congo will defend a 1-0 advantage over Renaissance Berkane in Morocco this Sunday in the other second leg.