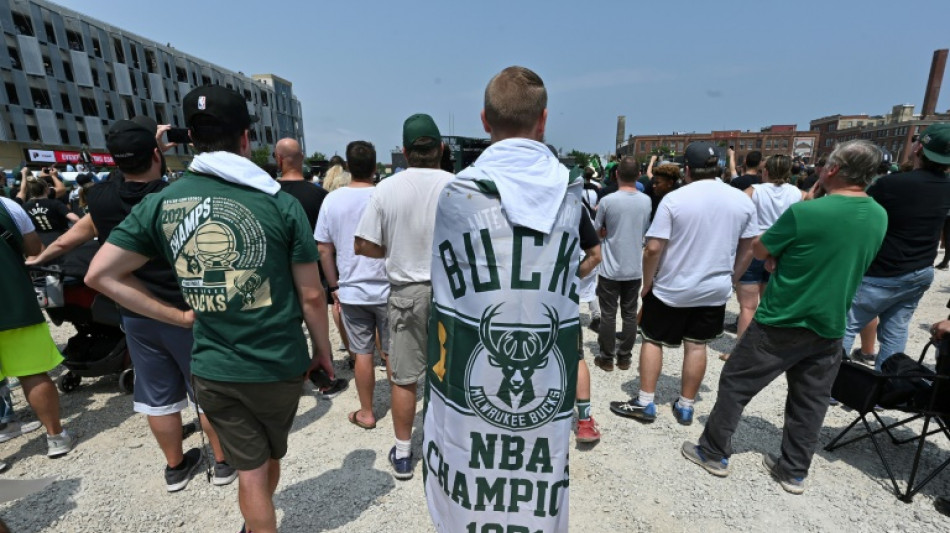 The Milwaukee Bucks cancelled a game seven watch party at their Fiserv Forum outdoor plaza on Sunday after 20 people were wounded in shootings outside the arena on Friday.

In a statement on Saturday, the Bucks called the shootings "horrific," adding that the team condemns "this devastating violence."

"We are grateful to local law enforcement for its valiant efforts to try to contain what was a dangerous and fluid situation," the Bucks said. "While these incidents took place outside of Deer District property, it clearly resonated with fans coming out of the arena and leaving the plaza.

"Security, health and welfare are always our top priorities for our guests and employees and we appreciate the hard work of our security team to keep our fans safe.

"In order to allow law enforcement to devote needed resources to the continued investigation of last night’s events, we have decided to cancel tomorrow’s planned watch party on the plaza."

The team said businesses in the Deer District, a neighborhood near the stadium that draws thousands of fans to bars and entertainment venues during and after games, would remain open.

But they will not show Sunday's decisive game seven of the team's Eastern Conference semi-final series against the Celtics in Boston on a big screen outside the arena.

On Friday, some 11,000 people were in the area for such a watch party, and the first shooting came near the packed district shortly after the Bucks fell to the Celtics in game six of the series inside the arena.

Police said the victims included two men, aged 26 and 29, and a 16-year-old girl, and all three are expected to survive their injuries.

"There was a 19-year-old male taken into custody in connection with this incident," Milwaukee Police Captain Warren Allen told CNN.

Dramatic video showed frightened people streaming from the crowded area. Some two hours later, another 17 people were wounded in another shooting several blocks away.

Allen said the victims ranged in age from 15 to 47.

Authorities did not immediately address what sparked the incidents and whether they were linked.