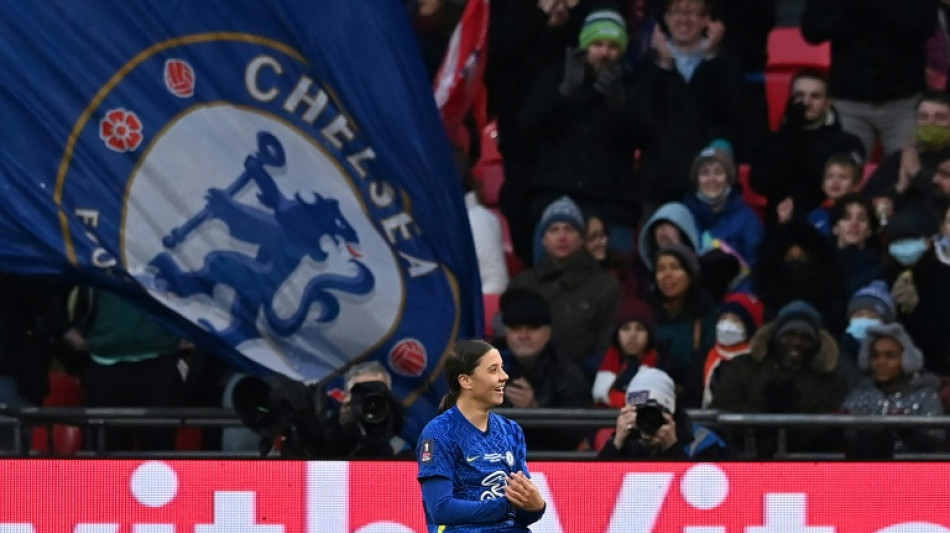 Chelsea completed a Women's Super League and FA Cup double as Sam Kerr struck twice to see off Manchester City 3-2 in a thrilling final at Wembley after extra time.

Emma Hayes' side exacted revenge for defeat to City in the League Cup final earlier this season, but were pushed all the way despite taking the lead three times.

The English champions took the lead when Kerr nodded Millie Bright's cross at the back post, but City equalised through Lauren Hemp just before the break.

A long-range effort from Erin Cuthbert restored Chelsea's lead early in the second half.

However, there was late drama when Hayley Raso brought City level again in the final minute.

Kerr has also claimed the personal accolades as player of the year for an exceptional season and it was fitting the WSL's top scorer had the final stay in extra time in front of a record crowd of 49,000 for a women's FA Cup final.

The Australian broke clear from inside her own half and her shot took the aid of a deflection off Alex Greenwood as it sneaked in at the near post.