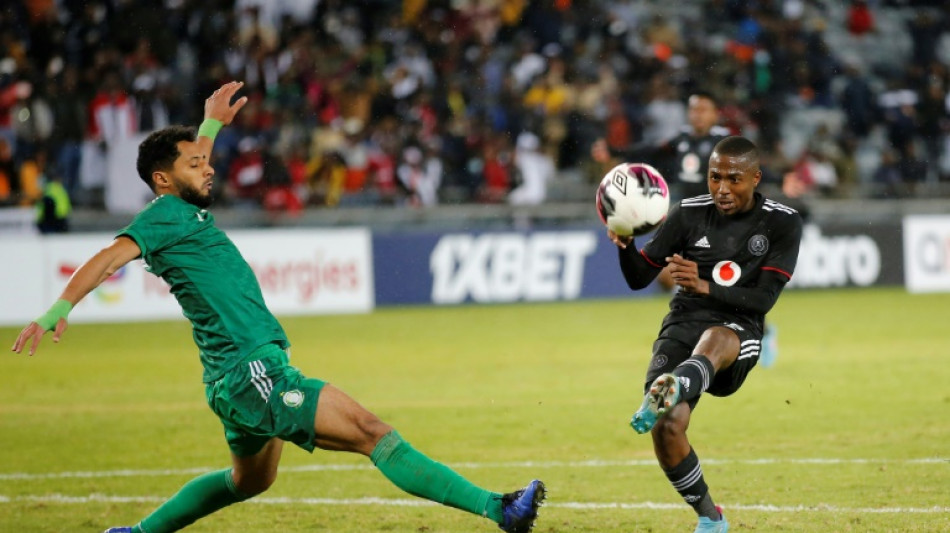 Pirates built a 2-0 first-leg lead in Benghazi last Sunday and qualified 2-1 on aggregate for a second final appearance in the second-tier African competition.

Seemingly in a hopeless position after the home defeat, Ahly were the better team in the return match, especially in the opening half on a cold, damp night in Soweto on the outskirts of Johannesburg.

But with the match heading for a goalless stalemate, Libyan substitute Ali Abu Arqoub scored on 89 minutes to set up a tense finish, which included four minutes of added time.

A second Ahly goal would have taken the semi-final to a penalty shootout, but the tired visitors never threatened to score a second time at Orlando Stadium.

Pirates face Renaissance Berkane of Morocco or Tout Puissant Mazembe of the Democratic Republic of Congo, who meet later on Sunday, in the final this Friday in the Nigerian city of Uyo.

Mazembe won the Confederation Cup in 2016 and 2017, Berkane triumphed in 2020 and Pirates were runners-up to Etoile Sahel of Tunisia in 2015.

Like Pirates, Mazembe and Berkane have experienced the disappointment of losing a Confederation Cup final, failing in 2013 and 2019 respectively.

Ahly dominated the early exchanges and were awarded a penalty midway through the half when Pirates' gaffe-prone captain and centre-back Happy Jele handled.

The Gambian referee pointed to the spot, but later changed his mind after reviewing the incident on the touchline VAR monitor.

While replays confirmed the ball came off the boot of Jele and touched his right hand, the match official presumably considered it a ball-to-hand situation rather than vice versa.

Ghana-born Richard Ofori of Pirates was the much busier goalkeeper, repeatedly thwarting Tripoli with acrobatic saves and parries, while opposite number Muhammad Nashnoush was a virtual spectator.

The only time Pirates threatened to score in the opening 45 minutes was off a free-kick which eluded the Ahly defence, but unmarked Jele failed to connect with the ball.

Pirates improved in the second half, helped by a string of substitutions, while an Ahly side used to performing at sea level gradually faded as they battled the 1,632-metre (5,354 feet) altitude.

Arqoub had barely came off the bench when he scored, latching on to a loose ball outside the box and unleashing a shot that took a slight deflection off Goodman Mosele before landing in the net.