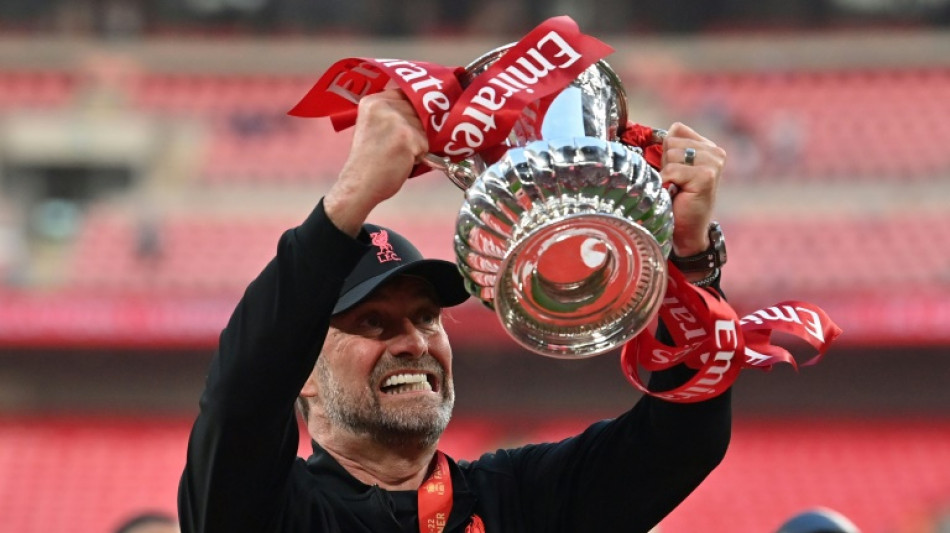 Jurgen Klopp said Liverpool were assessing the fitness of Mohamed Salah and Virgil van Dijk as they prepare for their must-win Premier League match against Southampton on Tuesday.

The quadruple-chasing Reds were given fresh hope they could pip Manchester City to the title when Pep Guardiola's team dropped two points in a 2-2 draw at West Ham on Sunday.

Defending champions City, with one game remaining, are four points clear at the top of the table with a significantly better goal difference than their rivals, who have two games left.

Liverpool beat Chelsea on penalties in the FA Cup final at the weekend to complete the second leg of a potential quadruple.

But Klopp is waiting to find out the extent of injuries to top-scorer Salah and defensive talisman Van Dijk, who were both forced off at Wembley on Saturday.

Defender Andy Robertson was also taken off in the latter stages due to cramp, while Klopp confirmed that Fabinho would not be involved at Southampton after suffering a muscle injury at Aston Villa last week.

"This process has not finished yet because we only played the 120 minutes two days ago," Klopp told reporters on Monday.

"So when the boys arrive today I have to make a lot of decisions. Then we will line up a team.

"What I can promise and definitely say is we will line up a team only for one reason -- to try to win the game at Southampton, as difficult as it is, because that obviously is the job to do.

"We have to see who is able to help. The 30 extra minutes (at Wembley) made a big difference, but we have to see."

Liverpool, who face Real Madrid in the Champions League final later this month, can cut City's lead to a single point with victory at St Mary's, but Klopp does not expect Guardiola's side to slip up again.

"I don't know the last time City dropped points two games in a row and Villa have to play midweek," said Klopp. "I don't expect City to drop points there."