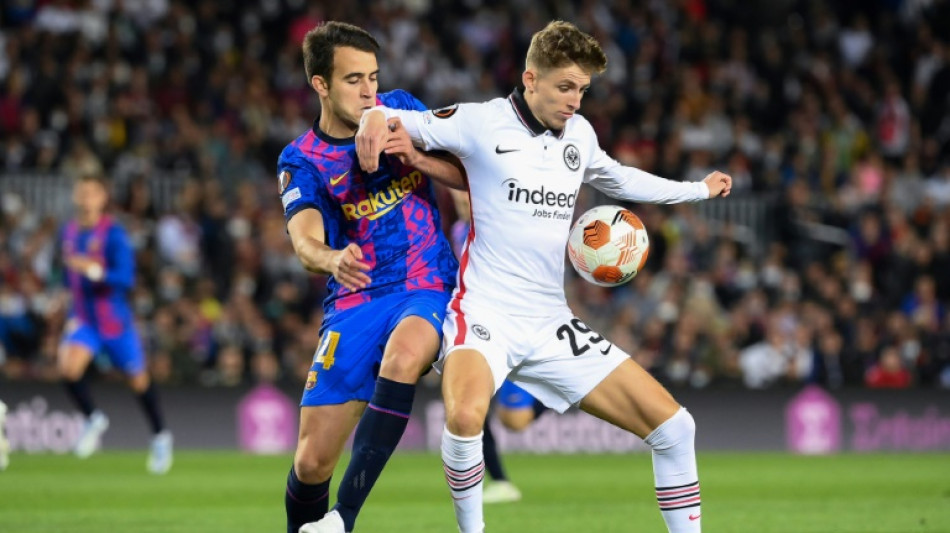 Eintracht Frankfurt received a boost on the eve of Wednesday's Europa League final against Rangers when their speedy forward Jesper Lindstrom was declared fit to play the Seville showdown.

The Dane has missed the last three weeks since injuring a hamstring in the semi-final, first leg win at West Ham.

However, the 22-year-old has looked sharp in training and could start against the Scottish giants.

"He is ready to play and I can start thinking about whether we will have him on the bench or start from the beginning."

Lindstrom is a key component in Frankfurt's game.

He won the early penalty, converted by Filip Kostic, when the German club pulled off a stunning 3-2 win over Barcelona at the Camp Nou to seal a stunning quarter-final victory over two legs.

Frankfurt are bidding to win their first European title since beating Moenchengladbach to win the UEFA Cup in 1980.

Eintracht predict thousands of fans will travel to Seville, which Glasner says galvanises the team.

"Our fans are exceptional. The have gone to great lengths to follow us around Europe," he said.

"You get goosebumps thinking about it and that helps to win games.

"You see the Dutch influence of their head coach in their build-up play, but with a British mentality. We need a top performance," he added.

The competition's two top-scoring teams clash in Seville with Rangers having hit the net 22 times en route to the final compared to Frankfurt's 20.

Rangers' captain James Tavernier is top-scorer in the Europa League with the right-back having scored seven times.

Eintracht captain Sebastian Rode says the city of Frankfurt is buzzing with talk of the final since beating West Ham home and away in the last four.

"It will certainly be the greatest moment of my career," said the midfielder.

"Since the West Ham game, everyone talks to you about it and says they hope you win the title.

"It gives you goosebumps when you think about what we get to experience tomorrow."