Sexton to lead Ireland against All Blacks despite concussion scare 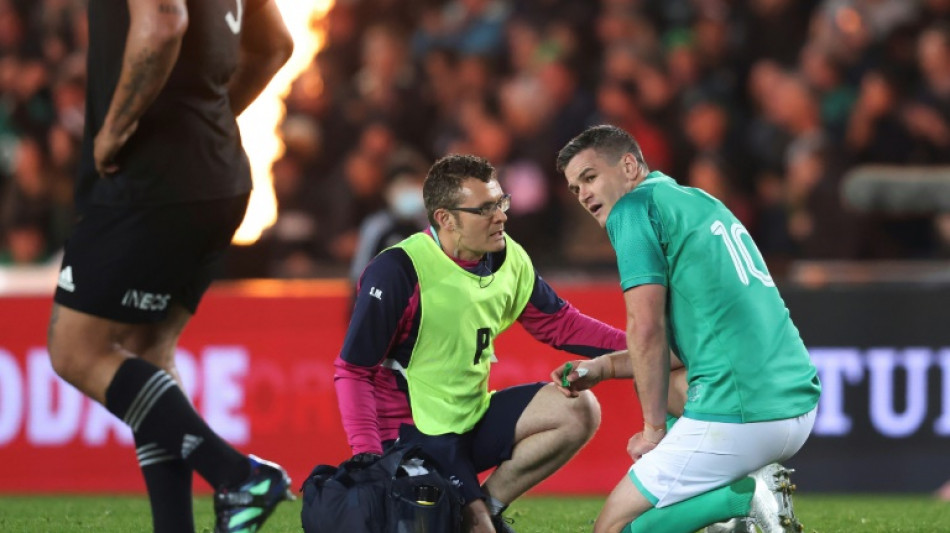 Sexton to lead Ireland against All Blacks despite concussion scare / Foto: © AFP

Johnny Sexton was named Thursday in the Ireland side to face New Zealand in the second Test, despite the veteran fly-half failing a concussion assessment during last week's defeat in Auckland.

Sexton will captain a team in Dunedin on Saturday that features just one change from the fifteen that started in the 42-19 first Test defeat, with right wing Mack Hansen having shaken off Covid to replace Keith Earls.

Sexton, 36, did not return to the field at Eden Park after he suffered a blow to the head on the half-hour mark and failed an initial pitch-side head injury assessment (HIA).

However, he passed a second HIA later that night and then a third on Monday, clearing him to play under World Rugby protocols.

Australian-born Hansen, a first-choice wing during the Six Nations, replaces veteran Earls, who scored the first of Ireland's three tries at Eden Park, taking his career tally to 35.

There are two changes on the bench for Saturday's second Test of the three-match series, with hooker Rob Herring back after a calf problem to replace Dave Heffernan and prop Finlay Bealham coming back after Covid in place of Tom O'Toole.