Silverstone crash victim Zhou gets all clear for Austria 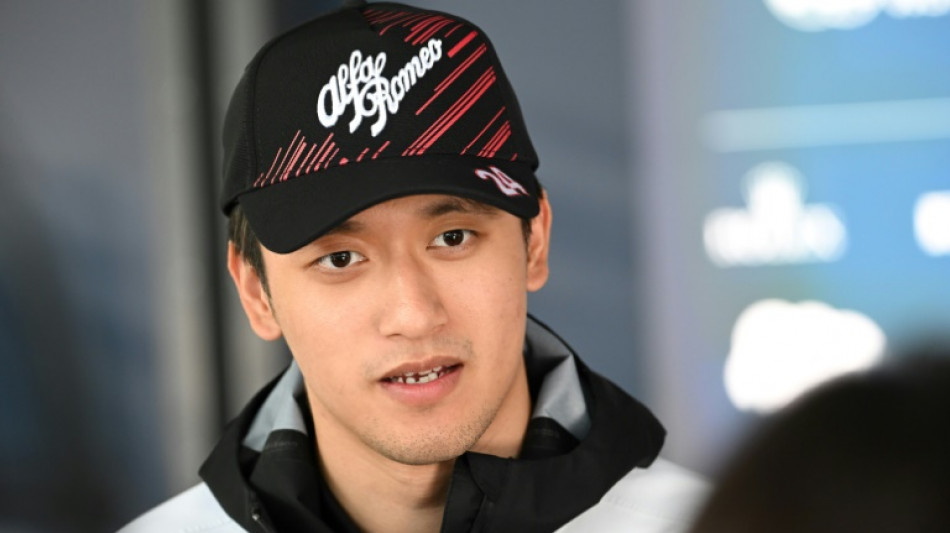 Zhou Guanyu was on Thursday given the all clear to compete in this weekend's Austrian Grand Prix after remarkably escaping from his horror crash at Silverstone unharmed.

Alfa Romeo's Chinese rookie announced the good news on social media accompanied by a photo of him doing the thumbs up surrounded by the medical team from Formula One's governing body the FIA.

"Finished the final medical check, all good to go! Thanks to all of the people who supported me during this time, means the world. #AustrianGP LET’S GO!" he posted.

The green light means he will be climbing back into the cockpit of his car in Friday opening practice just five days after the shocking images of his Alfa hurtling upside down and vaulting the trackside barrier and landing in the ditch separating the circuit from the fans.

In one of the biggest multi-car smashes in recent years Zhou has credited the halo safety device for saving his life.

He spoke for the first time in detail about his brush with the darker side of his chosen job at a Thursday press conference at the Red Bull Ring.

"I didn't know what happened, who hit me, because I was going straight next to the white line before Turn 1, and then suddenly there was a massive shunt."

"Obviously when the flip happened, the first thing I was trying to do was trying to release my hand off the steering wheel, because you never know, you can break your wrist very easily with a crash like that.

"The next thing I tried to do, while I was just rolling on the ground, I knew I'll be facing a massive impact coming up, because the car wasn't stopping, and then I tried to lock myself in a position that is the safest possible, just waiting for that last impact."

When his car finally came to a stop he said "I didn't know where I was, because I was upside down".

He was able to communicate with the track marshalls who rushed to his assistance, as did Mercedes' George Russell.

Zhou remembers worrying that leaking could spark an explosion. He slid himself out "so at least to have my leg, my feet already kind of out and on the top of the seat. And they were able to pull me out.

"But then looking back then obviously I saw the Halo saved me from that."

Another victim of the opening lap carnage at the British Grand Prix was Alex Albon.

The Williams driver was taken to hospital for precautionary tests but like Zhou has been passed fit to take part at the Red Bull Ring.