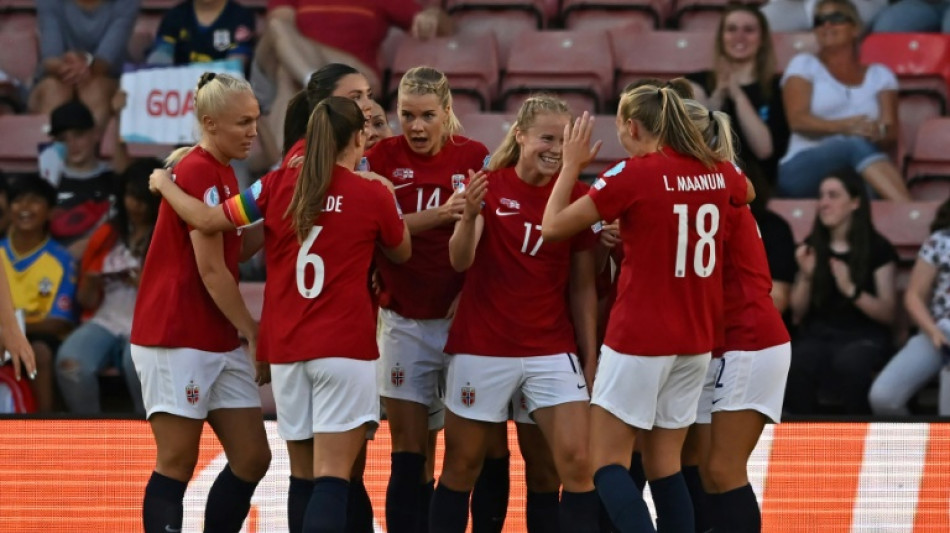 Norway eased to a 4-1 win over out-classed Northern Ireland in their Women's Euro 2022 opener on Thursday.

Julie Blakstad and Frida Maanum gave Norway the perfect start with goals inside the first 13 minutes at Southampton.

But Guro Reiten's free-kick sealed a convincing success for Martin Sjogren's side, who moved level on three points with hosts England at the top of Group A.

Following Wednesday's Old Trafford attendance of 68,871 for England's win over Austria, a more modest crowd of 9,146 turned out at St Mary's.

Norway, winners of this competition in 1987 and 1993, twice thrashed their opponents 6-0 in qualifying and swiftly took control again.

She dispossessed Chloe McCarron just outside the Northern Ireland area and was left with a simple finish into an unguarded net after receiving the ball back from Ada Hegerberg.

Northern Ireland contributed to their own downfall as the game effectively ended as a contest in the 31st minute.

VAR intervened after Nadene Caldwell inexplicably handled the ball in her own box following an inswinging corner, allowing impressive Barcelona star Hansen to dispatch the spot-kick.

Four minutes into the second half, Rachel Furness smashed the ball back across the box after Norway made a mess of clearing a corner and 37-year-old centre-back Nelson nodded over the line.

Norway quickly ended any hopes of a shock fightback as Chelsea winger Reiten restored the three-goal advantage, catching out Burns with a low, 20-yard free-kick.

Northern Ireland will seek to bounce back on Monday when Austria visit St Mary's, while Norway travel along the south coast for a showdown with England in Brighton.