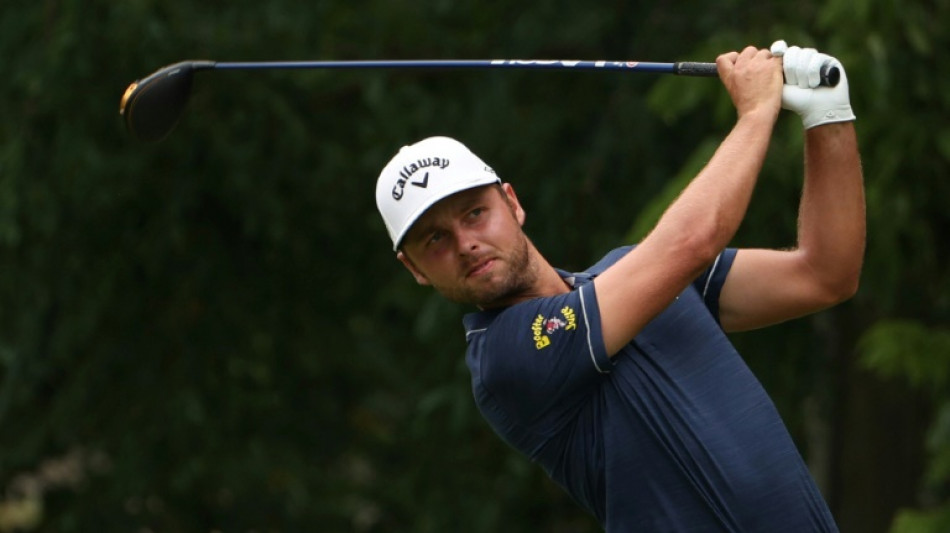 Canada's Adam Svensson fired a five-under par 67 to remain atop the leaderboard when Friday's storm-interrupted second round of the US PGA Tour's Barbasol Championship was halted by darkness.

Svensson made seven birdies against two bogeys to match his 36-hole US PGA Tour career low on 15-under 129 at Keene Trace in Nicholasville, Kentucky.

France's Robin Roussel and Americans Mark Hubbard and Brandon Hagy shared second in the clubhouse on 132, Hagy after a bogey-free 62, with Americans Sean O'Hair, Dylan Wu and Kramer Hickok and Germany's Yannik Paul on 133.

An afternoon storm stoppage of more than three hours meant sunset arrived with 76 players unable to complete their second round. Play was set to resume Saturday morning.

Among those still on the course, the low score belonged to American Trey Mullinax, who was 13-under overall with five holes remaining, six-under on his second round.

World number 158 Svensson, chasing his first PGA victory, matched the lowest opening round in tournament history with a 62 on Thursday.

After a 4 am wake-up call, Svensson took a nap in his car during the delay and adjusted to the rain-soaked course once play resumed.

"It got a lot wetter," Svensson said. "You had to control your wedges. The ball was spinning back. I hit a lot of chippy shots coming in. It wasn't bad actually.

"Get it in the fairway and you can make a lot of birdies."

The event is co-sanctioned by the US PGA and DP World tours for the first time as is this week's Scottish Open, where most of the world's top players are competing ahead of next week's British Open at St. Andrews.

Svensson, 28, managed his two best PGA results this season, a share of seventh at the Sony Open in Hawaii in January and ninth at the Honda Classic in February.

Svensson opened with a birdie and answered a bogey at the third hole with a 29-foot birdie putt at the fourth. He added birdies at the sixth and seventh then closed with three birdies in the last six holes.