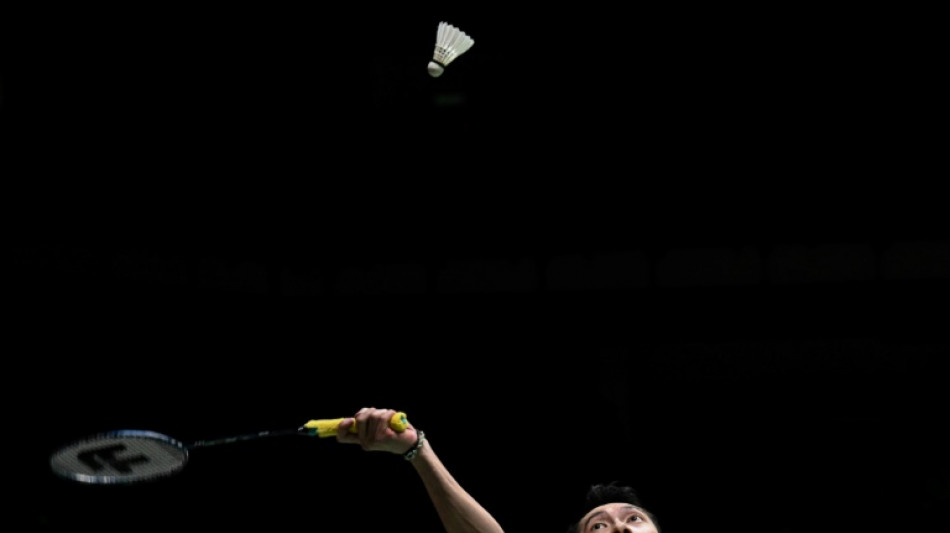 The 28-year-old Hong Kong shuttler lost the first game to Prannoy 17-21. But by staying patient in long rallies and choosing the right moment to strike, he won the remaining two games 21-9, 21-17.

The 28-year-old badminton ace is the only seeded player left in the men's singles event following the exits of defending champion Kento Momota and Chou Tien-chen in earlier rounds.

As he did against Taiwan's Chou in the quarter-finals, Ng had to battle back after conceding the first set against the 29-year-old Prannoy on Saturday.

He won the second game fairly comfortably, but was trailing Prannoy early in the third before finding the inspiration to rack up seven consecutive points for a 13-9 lead.

Ng's workmanlike approach proved a tough barrier for Prannoy, who had to work overtime to find winners with his opponent exhibiting great court coverage and giving little away.

Ng kept his lead intact to finally come away with the 64-minute victory.

Ng -- seeking his second Malaysia Masters title after winning in 2017, said being patient was his secret weapon.

"When my form wasn't good before, I was rushing to get results to make up for it. But being impatient did not pay off. I just had to tell myself to be patient and work hard in training and trust in the process.

"I am relieved to have made this final. I will give my best tomorrow (Sunday) and hopefully it will be enough," he said.

Ng's opponent in the final is Indonesian Chico Aura Dwi Wardoyo who qualified after an earlier victory over China's Lu Guang Zu.