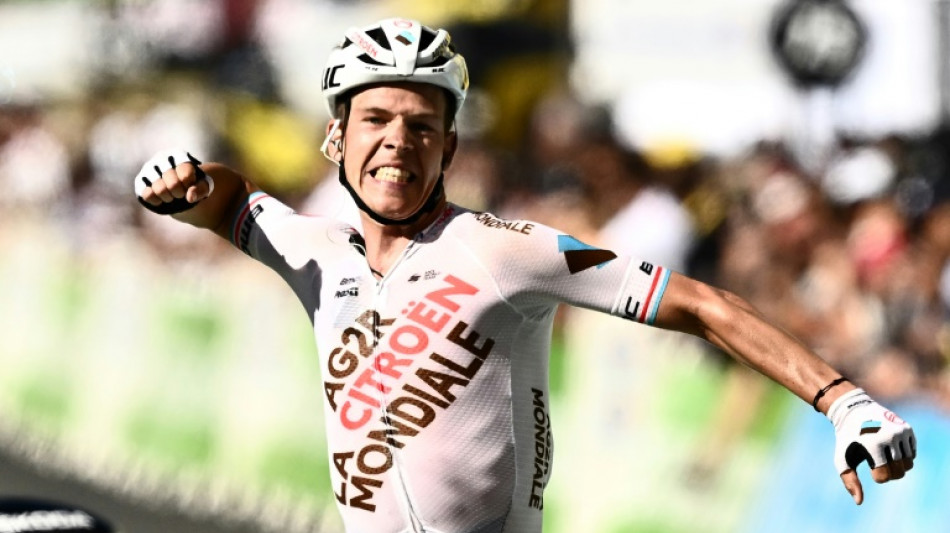 Luxembourg's Bob Jungels powered to victory in stage nine of the Tour de France on Sunday holding off Thibaut Pinot to cross the line alone after a 192km race through Switzerland to the French border.

Slovenian Tadej Pogacar of UAE Team Emirates made a late burst for the line to gain a few seconds on some rivals as the two-time defending champion further tightened his grip on the overall lead with a fifth-place finish.

"This is one of the most beautiful days of my career," said Jungels a day after one of his AG2R teammates pulled out with Covid-19.

"I went down that last hill at top speed, and that made the difference."

Andy Schleck was the last man from Luxembourg to win a Tour de France stage eleven years ago.

On a hot day with over 40km ascent as the peloton rolled into the Alps, past Charlie Chaplin's long-time residence at Vevey on the north shore of Lake Geneva, the stage was a prelude for three up-coming mountain slogs.

Jungels raced a full 62km on his own after going solo from an early breakaway as the riders rolled out of Aigle over three relatively challenging climbs.

Some 20km from the finish line at the ski resort of La Port de Soleil on the French border, Frenchman Pinot chased after him, gradually eating into a two-minute lead but never getting closer than 20sec adrift before giving up.

Jumbo's Wout van Aert maintained his stranglehold on the sprint points green jersey, but his bid for a solo escape lost steam on Sunday.

Monday's rest day will be followed by three consecutive Alpine mountaintop finishes as the riders desperately jostle for position in the overall standings on climbs such as the gruelling Alpe d'Huez.

Stage 10 runs from Morzine to Megeve, stage 11 Albertville to Col du Granon and stage 12 from Briancon to Alpe d'huez.