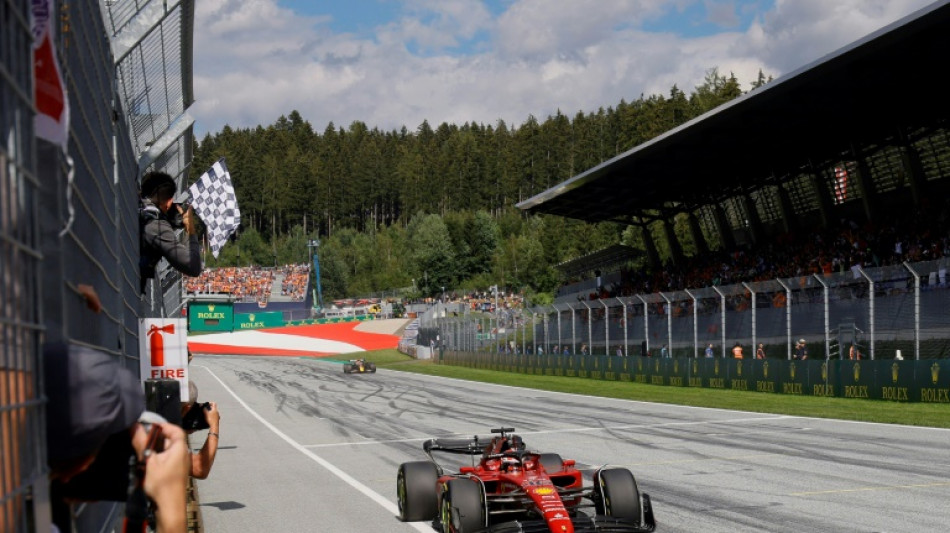 The roles were well and truly reversed for Ferrari drivers Charles Leclerc and Carlos Sainz at Spielberg on Sunday compared to a week ago at Silverstone.

Sainz started the British Grand Prix from pole to register his maiden Formula One victory in his 150th race, while Leclerc's disappointment at watching another winning hand disappear was written large all over his face.

Fast forward to the Austrian Grand Prix seven days later and Leclerc was taking the chequered flag for the first time since Melbourne nine races back.

Sainz in contrast suffered a wretched fate when his engine exploded, resulting in a frantic escape with the help of marshalls from his burning car.

"I saw a lot of fire and damage and we will have to look at why this is," Sainz said.

"It is more difficult to take because we were about to bring in a very big result to cut the gap to Max and Red Bull, but it is still a long season ahead."

Leclerc was understandably elated to be back at the top of the podium.

"I definitely needed that one. The last five races have been difficult for me and the team and it is great to finally get one.

"Weirdly my problem was at the same time as Carlos, but I knew it was a pedal problem rather than an engine problem."

"It is two wins in a row and it is was important to come back after a few races where we showed potential, but did not get the victory," he said.

He added the outcome of the 11th race of the season was "tinged with disappointment because it could have been "even better" without Sainz's retirement.

After the Spaniard's exit Leclerc had issues of his own with a sticking throttle.

"I don't honestly know what the problem was with Charles' throttle, we will have to wait to have the car back to look properly."