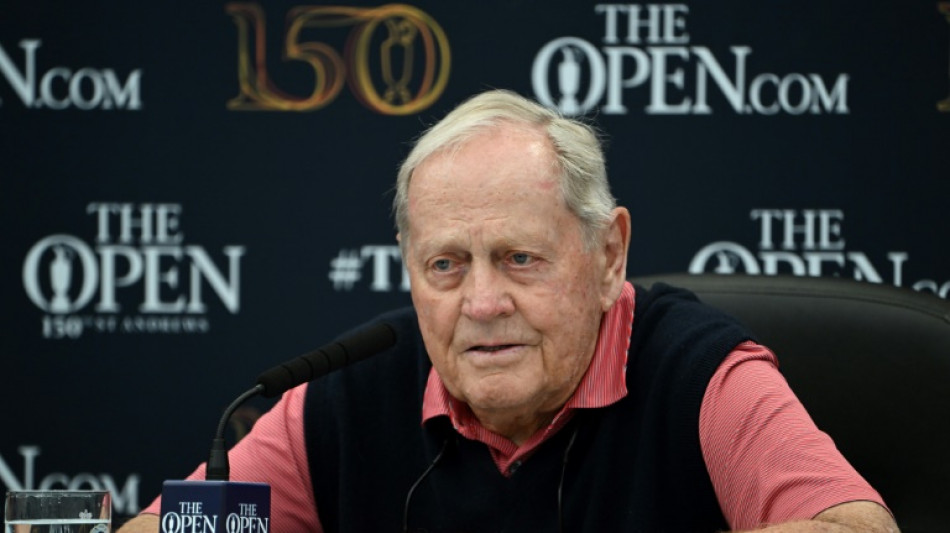 Three-time British Open champion Jack Nicklaus is not worried about the prospect of a record low score being posted during the 150th championship this week in St Andrews, where benign conditions have led to some suggestions the course could be too easy.

With the warm and calm weather on Scotland's east coast forecast to continue for much of the week, 2017 Open champion Jordan Spieth has expressed concern that it could turn into a "wedge contest".

Some believe that the lowest score in a men's Major, Branden Grace's 62 in the Open at Birkdale five years ago, could even come under threat during this landmark tournament.

But Nicklaus, who won two of his three Claret Jugs in St Andrews, in 1970 and 1978, believes such low scores are simply a sign of progress.

"So what? That's sort of the way I look at it. They're shooting low now compared to what they shot 100 years ago. But times change and golfers get better, equipment gets better, conditions get better," said the American great, now aged 82.

"But I don't think it really makes a whole lot of difference, frankly. It's St Andrews and it is what it is, and it will produce a good champion. It always has. That's the way I look at it."

Nicklaus last played in the Open at St Andrews in 2005, but has returned this week to be made an honorary citizen of the town on Tuesday, something he said would be a "humbling experience".

Meanwhile Greg Norman was not invited to St Andrews by organisers the R&A for an event for past champions ahead of the Open due to his association with the breakaway LIV Golf series.

Australian former British Open winner Norman is the CEO of LIV Golf and he and Nicklaus have clashed over claims that Nicklaus originally approved of the Saudi-backed circuit before later saying he had turned down an opportunity to be involved.

"Let me just sum this up with a couple of words," Nicklaus said. "First of all, Greg Norman is an icon in the game of golf. He's a great player.

"We've been friends for a long time, and regardless of what happens, he's going to remain a friend. Unfortunately, he and I just don't see eye to eye in what's going on. I'll basically leave it at that."