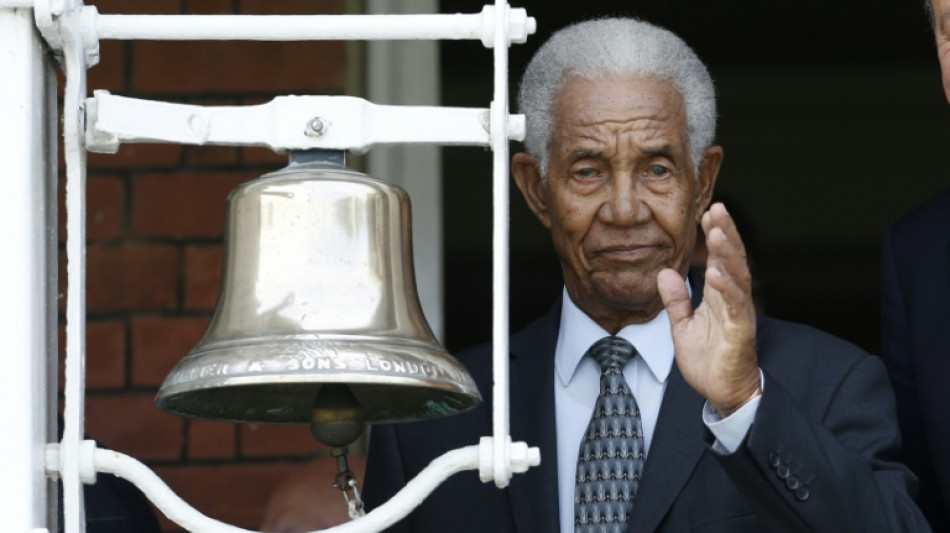 Cricket great Garry Sobers has admitted to being left bewildered by England's astonishing start to their 2022 home Test season.

England, after winning just one of their 17 previous red-ball internationals, have adopted an aggressive and attacking approach under their new leadership duo of captain Ben Stokes and coach Brendon McCullum, whitewashing Test world champions New Zealand 3-0 and then defeating India in the Covid delayed fifth Test at Edgbaston.

West Indies star Sobers, speaking at the launch of a foundation named after him that has been established to support underprivileged young cricketers, said: "I can't believe what I was seeing in the Tests.

"Flashing bats and people trying to hit fours and sixes every ball," added Sobers, widely regarded as one of cricket's greatest all-rounders and the first man to hit six sixes in a first-class over, off Glamorgan's Malcolm Nash when batting for Nottinghamshire at Swansea in 1968.

"It's good from the spectator's point of view –- rather than dull and boring cricket, pushing it back down the wicket."

But Sobers, widely regarded as one of cricket's greatest all-rounders, was also renowned for being a fundamentally correct, if supremely elegant, left-handed batsman.

"I do worry about the technical side of the game, though, that it's suffering," he said.

"That's why I enjoy watching Joe Root, he's a hell of a good player," explained Sobers as he paid tribute to the former England captain, the world's top-ranked Test batsman.

"I'm also a big fan of James Anderson. He's getting better and quicker. He runs in like he's just 20 years of age. He's 40 soon –- I can't believe it!," added Sobers, who enjoyed a 20-year international career for the West Indies from 1954-1974 before being knighted for his services to cricket in 1975.

The Sir Garry Sobers Foundation (https://sirgarrysobers.org) aims to change the life trajectories of young people all over the world.

It is now looking to raise £50 million ($59 million) to help talented youngsters. The foundation will have five hubs, in Britain, the West Indies, India, Australia and South Africa.

The initiative has been launched with the support of Bravia Capital, a private investment firm based in New York, established in 2000 by Bharat Bhise.

"It's wonderful to be here –- it feels that what you have done in life has been a success, and people have liked and loved you because of that," said Sobers as he spoke to an audience during the launch of the foundation at London's County Hall on Monday.

"I'd like to feel it was not just what I did on the field, but how I carried myself off it, and what I did for my family and country. Hopefully this can help others follow my path."

Sobers, who turns 86 on July 28, recalled the time when as an unsure 19-year-old making his way in the West Indies he started to feel accepted by the side.

"I was called an imposter. I'd just arrived, and was looking around at the conditions and thinking what am I doing here? But I took this catch at second slip, and I couldn't believe it. Learie Constantine (an outstanding West Indies all-rounder of the 1920s and 1930s) saw it and said: "It's impossible!"

"Cricket has given me everything. My father died when I was young, and although I had family around they all had to go to work."

"After my retirement, I spent seven years in Australia and elsewhere coaching, and I loved it just as much as playing. It was so rewarding and took me back to my 'boy days', as we say in Barbados."