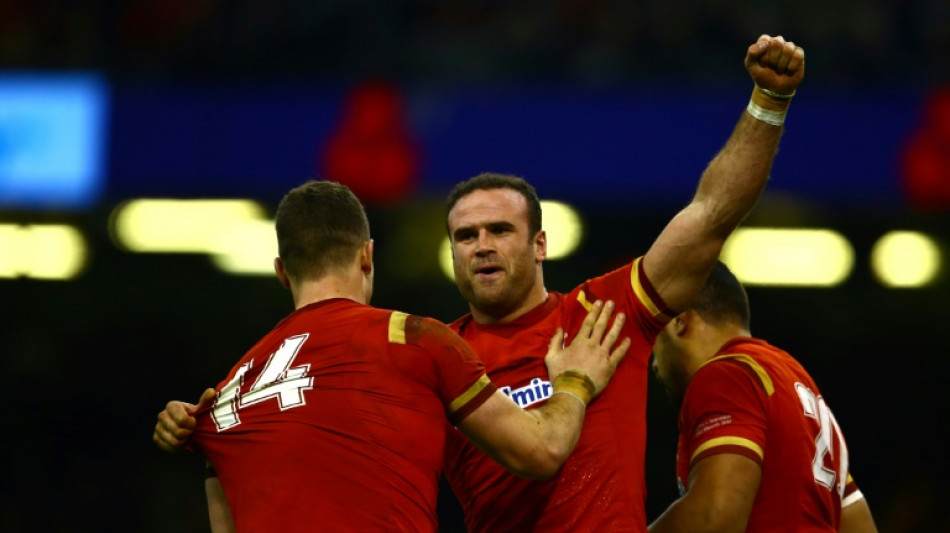 Former Wales and British and Irish Lions centre Jamie Roberts said on Tuesday the "time was right" to hang up his boots.

Roberts, 35, played 97 Tests for his country and the touring side after making his international debut in 2008.

He won the Six Nations Grand Slam in his maiden Test season as well as four years later and was a crucial part of the Lions' succesful series win over Australia in 2013.

"As I reach the end of my professional career, I'm retiring with an immense sense of gratitude for what the sport had provided me," he added.

Roberts played in five countries. His teams included Racing 92 in France, the Stormers in South Africa, Bath in England, the Waratahs in Australia and his hometown side Cardiff, where he came through as an academy player.

Roberts combined a career on the field with studies for a medical degree from Cardiff University and a masters from Cambridge University.

"I value dearly the opportunity the sport has given me to travel the world and expand my horizons beyond Wales, through touring or moving club," he said.

"Taking those strides to challenge myself outside my comfort zone, although daunting, provided the pressures I craved.

"Those pressures to challenge myself beyond the game also permeated to the lecture theatres and hospital wards," he added.

He made his last Test appearance in 2017 and finished his career with Waratahs in this season's Super Rugby Pacific.

"There's no doubt I'll stay in the sport past retirement," he said.

"Whilst I figure everything out, that'll be predominantly in a broadcasting capacity," he added.