Murray breezes into last 16 at ATP Hall of Fame Open 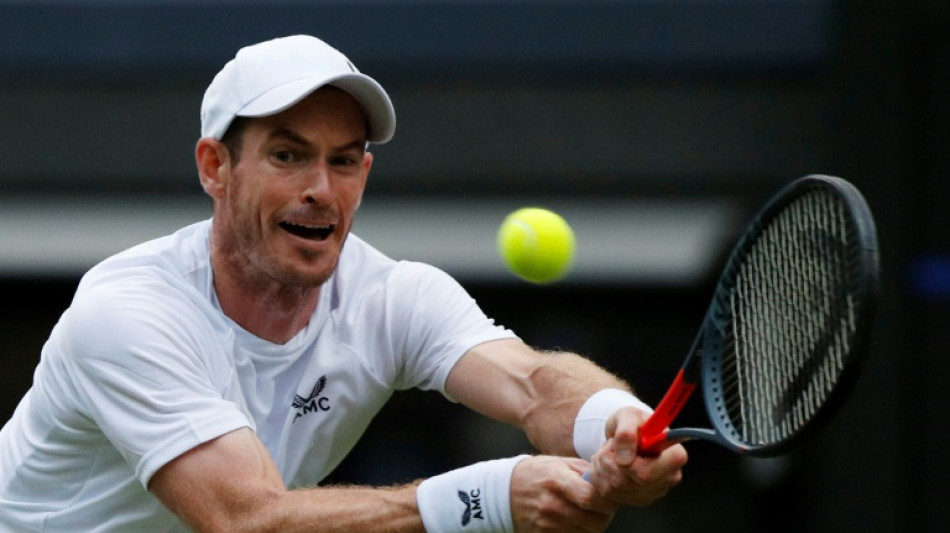 Britain's Andy Murray cruised into the second round of the ATP Hall of Fame Open on Tuesday with a 6-2, 6-0 romp over American Sam Querrey.

In windy conditions, the 35-year-old Scotsman captured the last 10 games, taking advantage of all six of his break-point chances to advance in 54 minutes over 281st-ranked Querrey.

"It was really awful conditions to play tennis in, to play well, so breezy and difficult," Murray said.

"I'm sorry maybe the tennis wasn't that much fun to watch but we're doing the best we can given the conditions."

World number 52 Murray improved to 8-2 all-time against Querrey, who had won their most recent prior meeting in a five-set 2017 Wimbledon quarter-final.

Murray won their first meeting as a 19-year-old in the second round at Newport in 2006.

"It's amazing to be back here and playing on this court again after 16 years," Murray said.

"A lot has happened in that time, four kids and married and all that stuff."

"You never know how close you are to the end but I'm aware I'm getting toward the end of my career," said Murray.

"So I want to make the most of every match in every tournament I get to play."

After an opening exchange of breaks, Murray broke Querrey again for a 4-2 edge then held and broke again when Querrey sent a backhand wide to take the first set after 31 minutes before dominating the second.

Murray hopes to play well enough in upcoming events to grab a seeded spot at the US Open.

"That's a big goal of mine these next few weeks," Murray said.

"I've been playing better the last few months. But if you want to have deep runs in the biggest tournaments it does help to have a seeding so I'll try my best to do that.

"One match closer today. Hoping for a good run here."