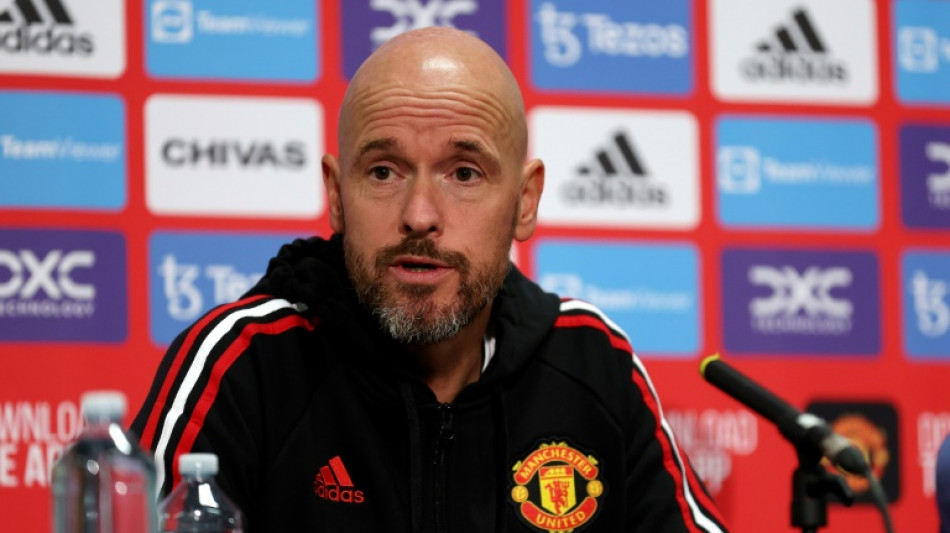 Manchester United captain Harry Maguire should be available to face Melbourne Victory after missing their 4-0 thumping of Liverpool, manager Erik ten Hag said Thursday while urging his team to use their initiative.

The England defender was a conspicuous absence in the first game of the Red Devils' pre-season tour in Bangkok on Tuesday, watching from the sidelines after a knock in training.

In his place, Raphael Varane, Victor Lindelof, Eric Bailly and Alex Telles all got time in central defence instead.

But Ten Hag, who took over in May after finishing a successful spell at Ajax, said Maguire should play at least 45 minutes in front of expected bumper crowd at the Melbourne Cricket Ground.

"He is tomorrow available," said Ten Hag, whose side also face Crystal Palace and Aston Villa in Australia. "We will see (how long for). I think he can play half a game."

While victory against Jurgen Klopp's Liverpool got the Dutchman off to a winning start, Ten Hag faces a huge challenge to rebuild the Old Trafford club, who have not won a trophy since 2017.

Whether Cristiano Ronaldo will be part of those plans remains to be seen.

The Portuguese superstar has skipped the trip to Australia, disappointing fans, with reports that he wants to leave after United's failure to qualify for the Champions League.

Ten Hag insisted this week he was "not for sale" and said on Thursday "nothing has changed".

Ten Hag had no news on them, but pointed to a crop of youngsters, like Ethan Laird, Hannibal and Alejandro Garnacho, "with huge potential".

"Now it's about getting the potential out of them," he said, with all three no doubt eager to get an opportunity on Friday.

Ten Hag said that's the way he wants his team to play.

"From every area of the team, I want productivity. That's the most important thing, that players take the initiative on and off the ball, in offense and defence," he said.

"We want to press, play proactive football, that has to be the intention.

(Melbourne Victory) are a different opposition (to Liverpool), so we need a different approach," he added. "I think they play at a good level so we're looking forward to this game. It will be a good test."

His team could come face-to-face with former Portugal and United winger Nani, who signed for Victory this week in one of the A-League's biggest coups in years.

The 35-year-old, who spent eight years at Old Trafford, may make his debut against his old club.

"I would like to, I don't know," he said. "I just arrived in the country, and it's a long flight, so there are lots of things to do."