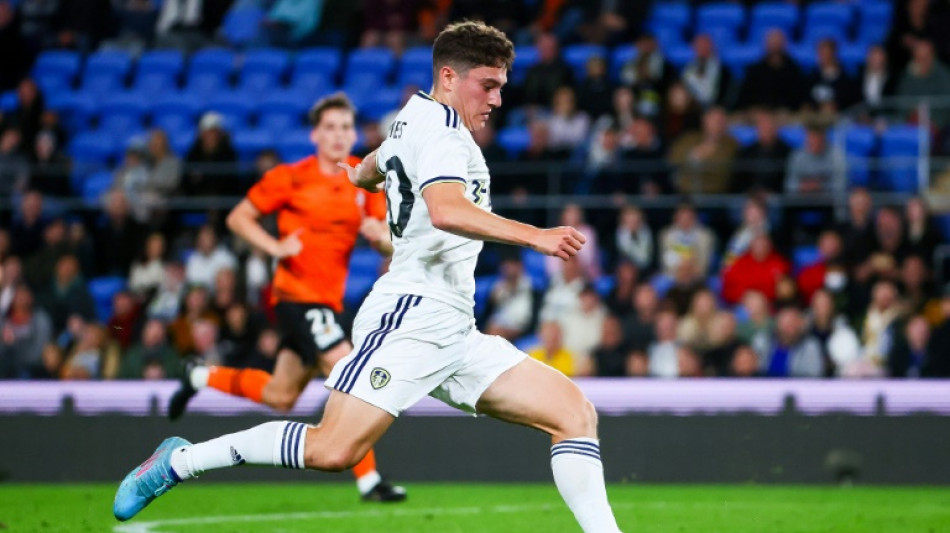 Leeds manager Jesse Marsch said he liked the energy of his team as they battled past Brisbane Roar 2-1 Thursday, with Colombia winger Luis Sinisterra making his debut.

First-half goals from Daniel James and Joe Gelhardt did the damage, before they lost some momentum in the second stanza and did well to hang on for the win.

Leeds only stayed in the English top flight last season by the skin of their teeth, thanks to a last gasp 2-1 win over Brentford, having started the final day in the bottom three.

Marsch is expecting better this time and they are now two-from-two in pre-season action following last week's 4-0 win against Blackpool.

"Good energy and a good run for us, what we wanted," said Marsch, who replaced the sacked Marcelo Bielsa at the end of February.

"Was good for us to get more minutes under our belt, a bit more fit.

"We've got a few new guys so we're trying to integrate them in the right ways," he added.

"So it's about the togetherness of the group, the commitment to the tactics and how we want to play and getting game fitness."

They are in Australia without Brazil winger Raphinha, who played a pivotal role in helping them stay up last season.

He is poised to sign for Barcelona after the clubs agreed to the deal in principle on Wednesday.

But Leeds have been active in the transfer market, buying a clutch of players to try and avoid a repeat of last season's nerve-racking experience.

Among the newcomers was Sinisterra, who signed for a reported £21.4 million last week from Dutch side Feyenoord.

He made his debut while Marsch handed first-time starts to Rasmus Kristensen and Brenden Aaronson, among others, at Cbus Stadium on the Gold Coast.

American international Aaronson had the ball in the net within 20 seconds, only for the flag to go up for offside.

While Leeds dominated early on, they had to wait until the 23rd minute for James to rifle home inside the box.

Gelhardt doubled the lead two minutes later, climbing above the defence at the back post with a pinpoint header.

Brisbane Roar hadn't played since May and took time to settle, but they caught Leeds napping as the first half drew to a close and Joe Knowles halved the deficit.

Marsch made wholesale changes at the break but they seemed to suck the momentum out of the team, who struggled to find openings as Brisbane pressed hard for an equaliser.