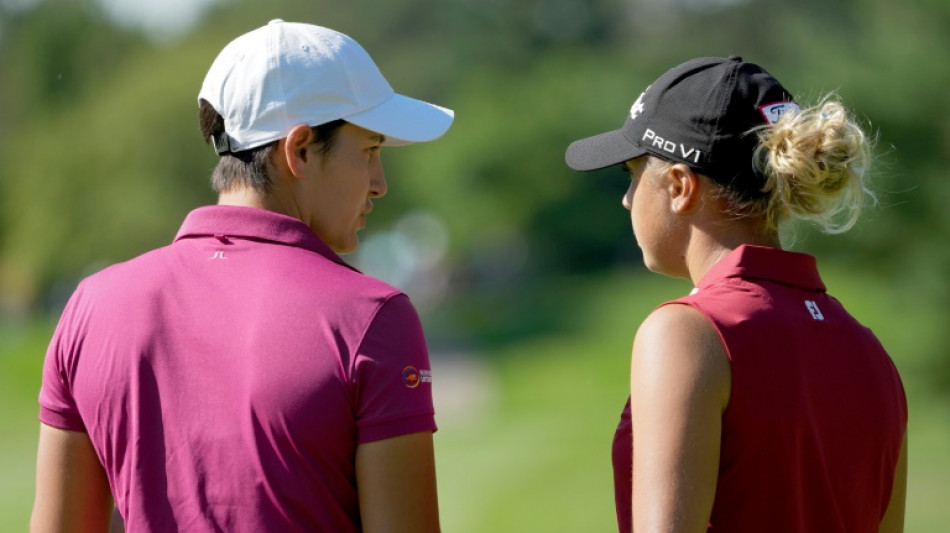 Pauline Roussin aced the par-three seventh hole to help propel herself and teammate Dewi Weber to a three-shot lead on Thursday in the LPGA Great Lakes Bay Invitational with a second-round 61.

The duo had shared the first-round lead with the all-Swedish team featuring Hall of Famer Annika Sorenstam and Madelene Sagstrom.

They continued to thrive in the four-ball (best-ball) second round of the tour's only team event, Weber calling it "the most fun I've had on the LPGA tour yet".

Roussin called it a balanced team effort but the Netherlands' Weber said her French playing partner was the star of the day.

"I played OK, but Pauline played out of her mind," Weber said. "She putted so well. Most of the birdies came from Pauline and then she had that insane hole in one."

Roussin birdied the second and sixth before her tee shot found the hole at the par-three seventh hole at Midland Country Club in Midland, Michigan.

She added birdies at the 10th, 15th and 18th, with Weber contributing birdies at the ninth and 13th, their nine-under effort giving them a 14-under par total of 126 and a three-shot lead over Americans Jennifer Kupcho and Lizette Salas.

Kupcho and Salas also carded a 61, as did two of the five teams sharing third on the leaderboard: Matilda Castren and Kelly Tan and Sarah Kemp and Alena Sharp.

Kupcho and Salas finished the day on 129.

Finland's Castren and Malaysia's Tan were on 130 along with the Australian-Canadian duo of Kemp and Sharp, the all-Thai team of Pornanong Phatlum and Pavarisa Yoktuan, Tiffany Chan of Hong Kong and South Korean Kang Hae-ji, and England's Jodi Ewart Shadoff and American Emma Talley.

Sorenstam and Sagstrom slipped to a share of eighth on 131 with a 66.

The tournament switches back to an alternate-shot format for the third round, with Saturday's final round again in four-ball.

While Roussin and Weber said their decision to team up was a last-minute thing, they thought the relaxed atmosphere was benefitting them both.

"We're just having fun out there, not overthinking it," Roussin said.