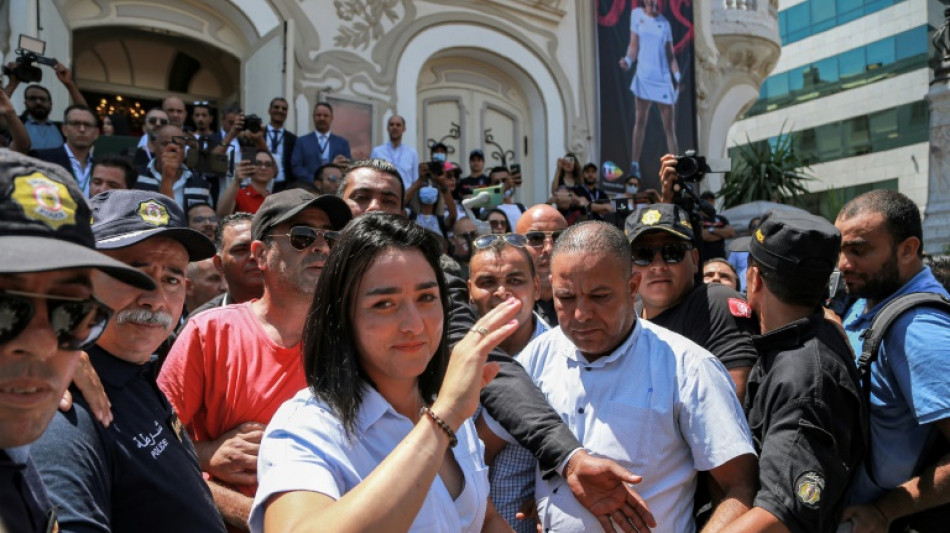 Ons Jabeur may have missed out on the Wimbledon title but the trailblazing Tunisian was accorded a champion's reception on Friday as a crowd of hundreds celebrated the country's sporting pioneer.

While she ultimately succumbed in three sets to Elena Rybakina, her achievement at becoming the first Arab and African woman to reach a Grand Slam final has seen her popularity soar.

The 27-year-old is visibly enjoying the affection she is getting from her fellow Tunisians.

"Tunisians' love is more important than no matter which title. I hope this is the start of lots more wins. I'm proud to be a Tunisian," she said as women and children carried the national flag, with music played at maximum volume on loud speakers adorned with photos of Jabeur and tennis racquets.

After spotting a banner in favour of a 'yes' vote on the upcoming referendum on the constitution she nodded: "Yes, everything is possible".

And from a big grandstand in front of the capital's national theatre she spelled out her next career objective "to be world number one and win (the French Open) at Roland Garros".

Autographed tennis balls were being thrown into the crowd for those fans lucky enough to get their hands on them.

One of those in the happy throng was Mongia Zaag, who told AFP: "We've come here to experience the joy with Ons Jabeur".

"She's made us happy. I'm very emotional, with everything that's going on (in the country), the morale of the Tunisian people is not at its highest," Zaag added, alluding to the political crisis in the country and global economic difficulties.

The teacher by profession suggested Jabeur "is an example not only for Tunisian girls but also the boys".

Friday's reception followed Thursday's presentation to Jabeur by President Kais Saied of the prestigious Grand Medal of the National Order of Merit.

She said she wanted to "give more hope" to the country's youngsters.

Since she began her climb up the WTA rankings to her present fifth in the world her club's membership has doubled to 700.