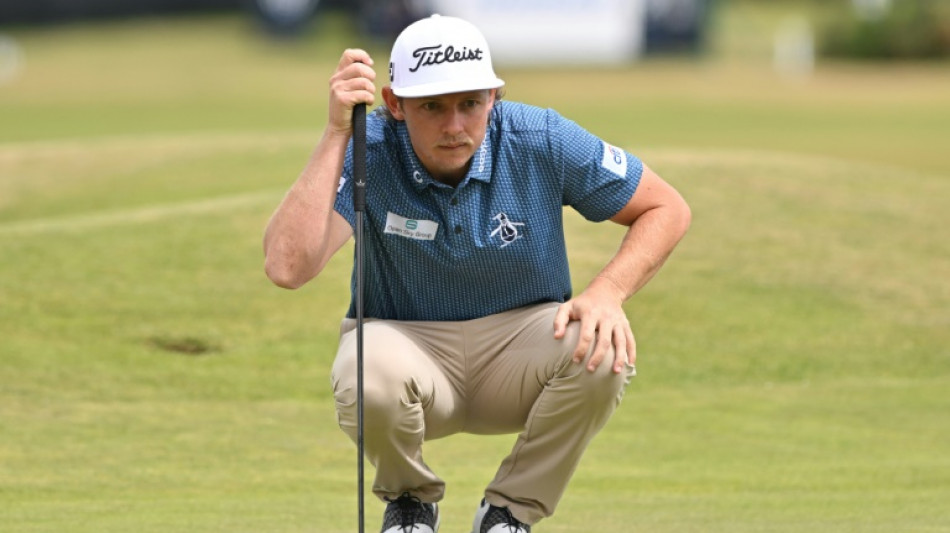 The world number six leads by two shots from Cameron Young, the overnight leader who shot a 69 on Friday to sit at 11 under par.

Rory McIlroy, the favourite coming into the week, built on his opening 66 to shoot a 68 and sit third on 10-under.

Dustin Johnson, who went out early and posted a 67, is fourth on nine-under.

Smith sat joint-third overnight after shooting a five-under-par 67 in his first round on Thursday.

He improved on that with the best score recorded by any player in the field on Friday, featuring six birdies, an eagle and no dropped shots.

Smith birdied each of the first three holes while his eagle came via an outrageous long putt at the par-five 14th.

Young, who opened with a 64, bogeyed the second hole on Friday but steadied himself after that and closed with a birdie on 18 to take sole possession of second place.

World number one Scottie Scheffler and England's Tyrrell Hatton, who went out together early in the morning, both moved onto eight-under at the halfway stage of the championship.

The last player to win the Masters and British Open in the same year was Tiger Woods in 2005.

Hatton is a two-time former winner of the Alfred Dunhill Links Championship, which is played on a series of links courses including St Andrews.