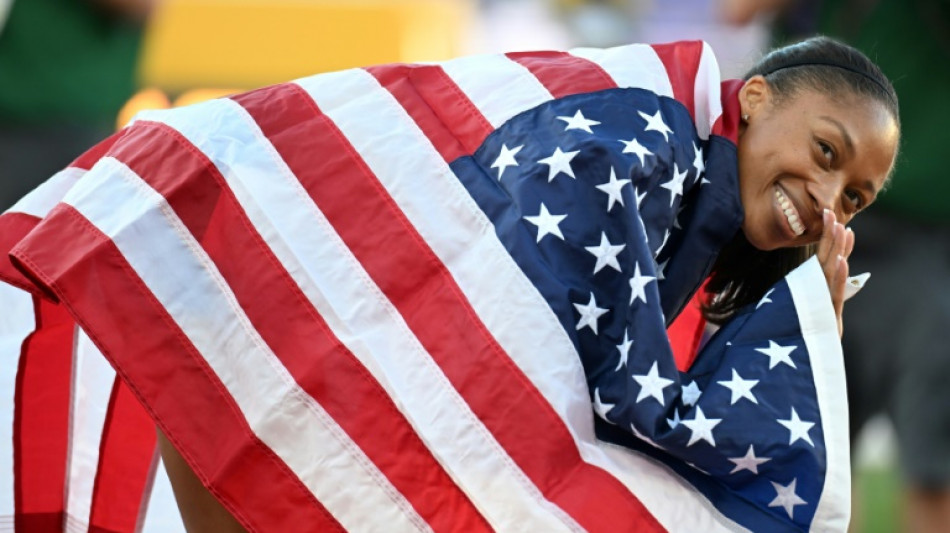 Track legend Allyson Felix signed off her glittering career with a 19th world medal as she helped the US team to bronze in the 4x400m mixed relay in Eugene on Friday.

It was not quite the dream swansong for the 36-year-old Felix, who received the baton from Elija Godwin on the second leg at Hayward Field but let the lead slip.

Although Vernon Norwood made up the deficit, Dominican anchor Fiordaliza Cofil reeled in Felix's teammate Kennedy Simon, who went out fast and paid the price as she flagged coming down the home stretch.

Either way, the bronze brought the curtain down on a stellar career that saw Felix make her world championship debut back in Paris in 2003 at the age of 17.

A year later she won 200m silver in the Athens Olympics, the start of an unprecedented glut of medals in the 200m, 400m and as a member of the often dominant US relay team.