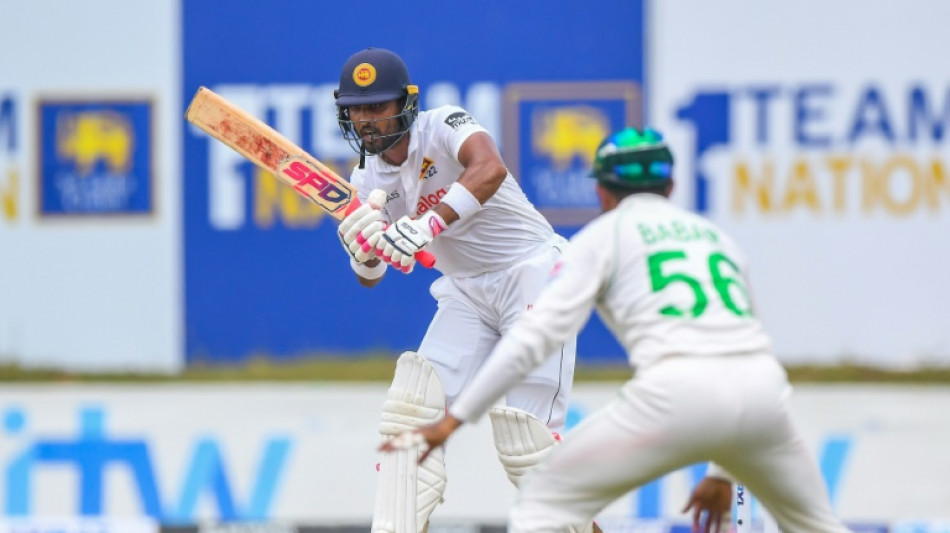 Dinesh Chandimal stood out with an attacking 76 in a disappointing Sri Lankan show after they elected to bat first at the start of the two-match series in Galle.

Number 10 Maheesh Theekshana played a useful cameo of 38 as the hosts added 89 runs for the final two wickets before he fell to Shaheen -- who returned figures of 4-58 -- to wrap up the innings in the final session.

Shaheen struck in the third over of the day to send back skipper Dimuth Karunaratne for one, and leg-spinner Yasir Shah soon combined with the quicks to rattle the opposition batting.

Oshada Fernando and Kusal Mendis attempted to rebuild the innings in a 49-run partnership but Yasir, who is making a comeback to the team after a thumb injury that kept him out since August last year, broke through.

Yasir got Kusal caught behind for 21 and Oshada soon followed his partner back to the pavilion in the next over when pace bowler Hasan Ali cut short the opener's stay on 35.

Angelo Mathews then fell for a 15-ball duck as Yasir got the former captain caught at mid-on.

Chandimal smashed 19-year-old Naseem for three straight boundaries to bring up his fifty and offer some cheer to the weekend crowd.

Chandimal, who made an unbeaten 206 in Sri Lanka's series-levelling Test win over Australia earlier this week, finally fell to a good catch by Yasir at cover with Ali taking his second wicket.

But Theekshana played a defiant knock in just his second Test and put on 45 runs for the last wicket with Kasun Rajitha, unbeaten on 12.