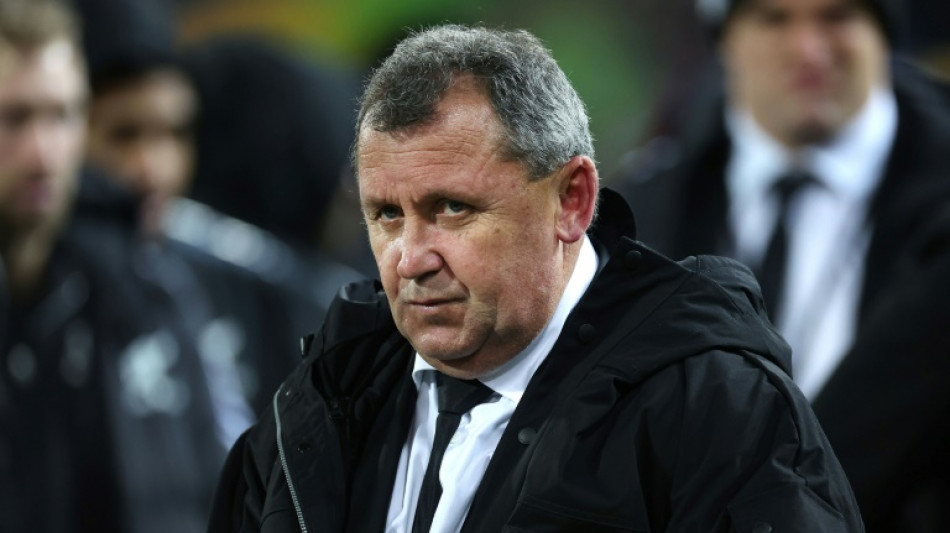 Robinson issued a short statement a day after New Zealand's 32-22 loss in the third and deciding Test in Wellington, resulting in a home series defeat for the All Blacks for the first time in the professional era.

"Congratulations to the Irish team for their well-deserved win last night but clearly the performance across the series for the All Blacks was not acceptable as we know they have reflected. We all know there is a huge amount of work to do," Robinson said.

"Our focus now is to work with Ian and his team to understand thoroughly in advance of the Rugby Championship what is needed to improve performance and where to go from here. We will begin this work immediately."

A press conference scheduled with Foster earlier on Sunday was cancelled but the 57-year-old told reporters immediately after the Test that he would not speak about his job, only the game.

Former long-serving assistant coach Foster has a modest record since succeeding Steve Hansen in 2020 and after winning the first Test in Auckland, New Zealand were outplayed by Andy Farrell's well-drilled Irish team.

The All Blacks have lost four of their last five Tests and eight of 24 under Foster -- unacceptable by his country's lofty expectations and have dropped to a record-low fourth in the world rankings.

Foster is likely to need to explain himself to the board which last year extended his contract through to next year's World Cup, a decision that attracted widespread criticism.

"Once we get the solutions we've got to move on and bring this team up to an All Black standard because at the moment we're not performing well enough," said Coles.

"We're missing something at the moment. It needs to change from the whole group ... we have to put all our wisdom and hurt together and come out with better solutions."

New Zealand last changed their head coach between World Cups in 2002, when an under-performing Wayne Smith was succeeded by John Mitchell.

Robinson's desire for urgency comes less than three weeks before New Zealand's next assignment, two Rugby Championship Tests in South Africa against the world champion Springboks before taking on Argentina and Australia.

Former successful Ireland head coach Joe Schmidt has been added to the All Blacks coaching staff for the Rugby Championship with some pundits believing the New Zealander should take over from Foster.

Canterbury Crusaders coach Scott Robertson, who has overseen six successful Super Rugby campaigns, would also be in the running should NZ Rugby opt for a complete change.

The official All Blacks Facebook page attracted a stream of criticism directed at Foster and his assistant coaching team.

"It's not nice being on the other side of history, losing like that at home. Pretty lost for words to be honest," said all-action back row forward Ardie Savea, one of the few All Blacks to keep their reputation intact during the series.

"We've got to try and get out of the trenches and put some pride back in the black jersey, because it's probably not there at the moment."