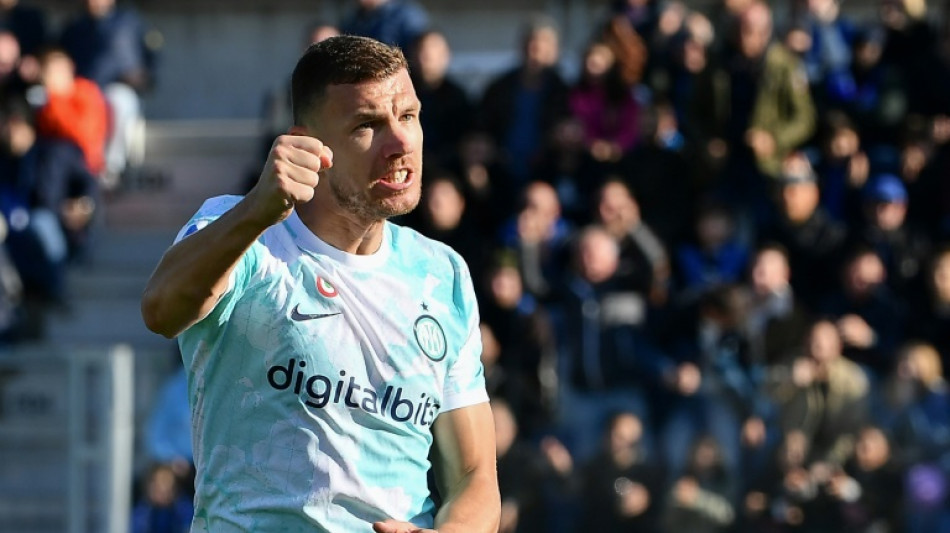 Edin Dzeko fired Inter Milan into the top four of Serie A on Sunday with a brace in Sunday's 3-2 win at Atalanta.

Veteran forward Dzeko struck nine minutes before the break to level Ademola Lookman's penalty opener for the hosts, and then forced home his sixth league goal of the season 20 minutes later.

Jose Luis Palomino glanced in an own goal an hour into his Atalanta return after being cleared of doping offences, ensuring that Inter moved level on 30 points with second-placed Lazio and AC Milan.

Palomino pulled a goal back with 13 minutes remaining when he headed in at the right end, but Atalanta's third straight defeat leaves them in sixth, 14 points behind league leaders Napoli.

Inter meanwhile are 11 points off the pace but will stay in the Champions League positions until January as long as Juventus don't beat Lazio in the final match of 2022 on Sunday night.

Both Lazio and champions Milan, who host Fiorentina at the San Siro, can make the end-of-year gap between them and unbeaten Napoli to eight points with wins in their respective matches.

Sunday is also a big day at the bottom end of the table as Verona will try to pull themselves up from last place against Spezia, who sit just outside the relegation zone.

Meanwhile Monza, in their first ever Serie A season, host Salernitana looking to extend the six-point gap separating them from the bottom three.