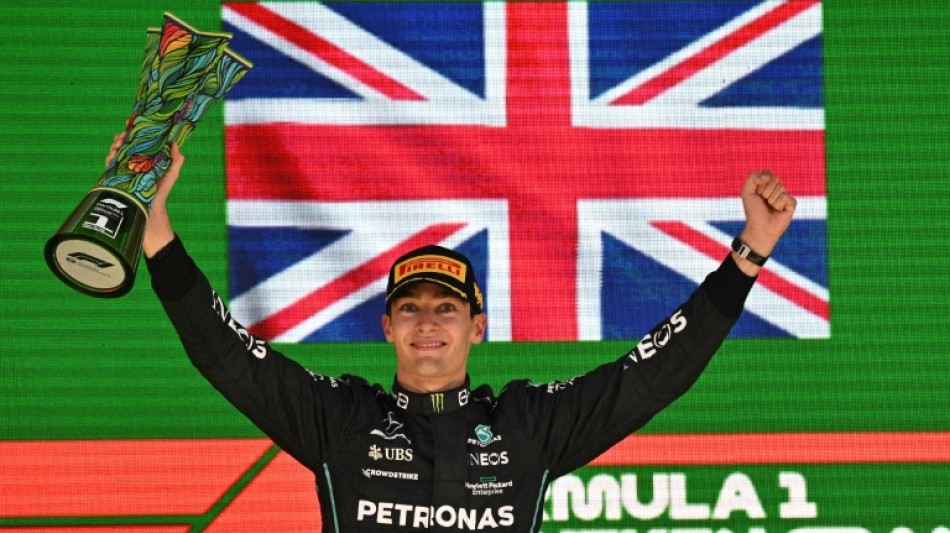 George Russell claimed his first Formula One victory as he won the Brazilian GP at Interlagos on Sunday with Mercedes team-mate Lewis Hamilton second.

The pair had started on the front row but the crash-marred race was far from a procession to the team’s first victory of the season. Hamilton bumped wheels with Max Verstappen of Red Bull, already crowned champion, on lap seven.

The Ferraris of Carlos Sainz and Charles Leclerc were third and fourth with Fernando Alonso was fifth in an Alpine.

The race started with a crash as Daniel Ricciardo in a McLaren and Kevin Magnussen in a Haas collided, spun and crashed into each other again on lap one.

When racing resumed after a safety car, Verstappen made an immediate and determined attempt to pass his old rival Lewis Hamilton and did not back off when the Briton hit back to take a slight edge heading into a corner.

The cars touched, debris flew. Hamilton went off the track before returning to the race but Verstappen paid a higher price.

Almost at once, Lando Norris, who failed to finish, and Charles Leclerc also touched.

Verstappen and Norris were both hit with five-second penalties.

Verstappen also sustained damage which forced a pit stop for repairs but fought back to cross the line sixth.