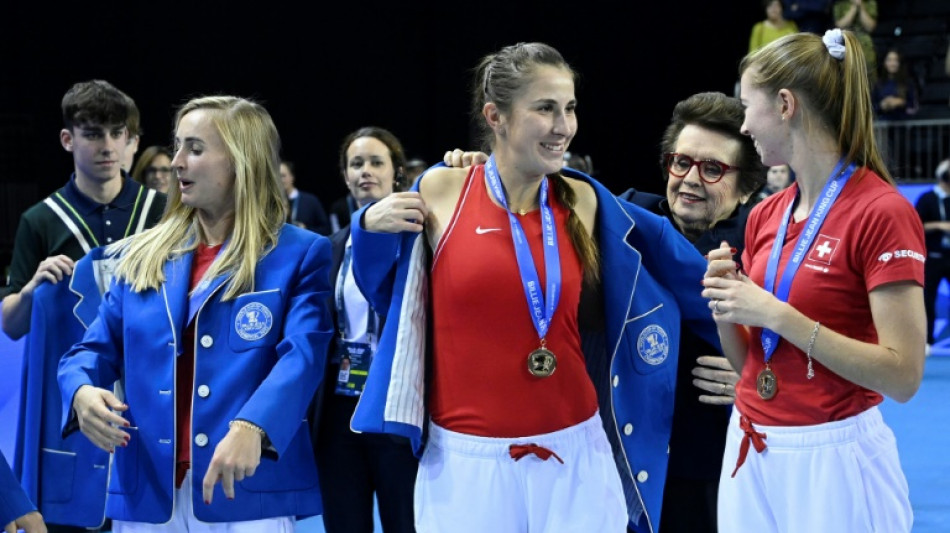 Switzerland gave tennis fans in the country still mourning the retirement of Roger Federer something to celebrate as their women defeated Australia in Glasgow on Sunday to win the Billie Jean King Cup for the first time.

Two months after Federer, one of the greatest players in the history of the game, bid a tearful farewell to tennis in London, his compatriots Belinda Bencic and Jil Teichmann both enjoyed singles victories as Switzerland inflicted more misery on Australia in a competition formerly known as the Federation Cup.

It was Switzerland's third appearance in the final. They lost to the now banned Russia team last year -- the first edition of the rebranded Billie Jean King Cup -- and were also runners-up when Martina Hingis was the key figure in their side in 1998.

They were superb in Glasgow, not losing a 'live' match despite a tough draw.

For Australia, it marked yet another disappointment. Since winning in 1974, they have now appeared in 10 finals, losing every one of them.

King was among the crowd in Glasgow on Sunday and came on court to high-five all the players involved before the tie started.

Australia's Storm Sanders, previously unbeaten in singles all week, defied her lowly world ranking of 237 before Teichmann triumphed 6-3, 4-6, 6-3 in a match lasting more than two hours.

Bencic, who won singles gold and doubles silver at last year's Tokyo Olympics, again impressed in national colours as she overpowered Ajla Tomljanovic 6-2, 6-1 to avoid the need for a deciding doubles clash.