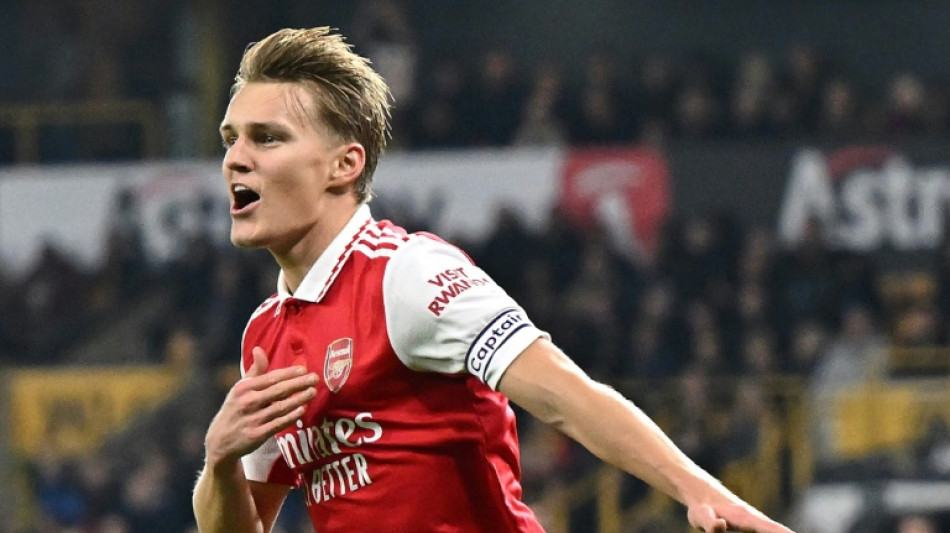 A Premier League season like no other has been put on hold for six weeks to make way for the World Cup with Arsenal enjoying a five-point lead at the top of the table.

The Gunners, who have not won the title since "The Invincibles" unbeaten season of 2003/04, have failed to even finish in the top four for the past six seasons.

Mikel Arteta's men are well on course for a return to the Champions League, but Liverpool, Chelsea and Manchester United have ground to make up if they are to climb back into the top four.

The three-year anniversary of Arteta's appointment as Arsenal boss will take place during the World Cup hiatus.

Arsenal have been through a series of highs and lows since from winning the FA Cup in 2020 to finishing eighth in back-to-back seasons.

But the patience shown towards the Spaniard is bearing fruit in spectacular fashion as Arteta has moulded a young side into title contenders.

City may come to regret the decision to sell Gabriel Jesus and Oleksandr Zinchenko to the Gunners as they have added title experience to a collection of promising stars.

No side has ever failed to win the league after taking 37 points from their opening 14 games.

The true test still awaits, particularly with two fascinating clashes against City to come, but Arsenal's early season pace has set up another intriguing title battle.

- Newcastle rise ahead of schedule -

The traditional top six were well aware of the threat Newcastle will pose in the coming years, backed by the seemingly endless wealth of the Saudi sovereign wealth fund.

But the Magpies are well ahead of schedule in fighting for a place in the top four.

Eddie Howe's men have taken 22 points from a possible 24 to go into the break in third.

With Champions League riches a realistic goal, Newcastle are expected to splash their newfound wealth once more in January.

But Howe's best work so far has been in reviving the careers of players that arrived at St. James' Park long before the influx of Saudi cash.

Miguel Almiron won October's player of the month, while Callum Wilson's form earned him a call up to the England World Cup squad.

Even if their form eases off in the new year, Newcastle are English football's new force who are not going to go away.

Arsenal's achievement in keeping City off the top of the table is all the more impressive in the context of Erling Haaland's explosive start to his career in England.

Pep Guardiola's men have won back-to-back titles largely without a recognised striker, but got the man they wanted to be the long-term successor to Sergio Aguero in the towering Norwegian.

Haaland, who scored 86 goals in 89 games for Borussia Dortmund before moving to Manchester, has dismissed any notion he could struggle to adjust to City's style.

The 22-year-old at one point scored a hat-trick in three consecutive home league games amid a run of 18 goals in his first 13 Premier League games.

A foot ligament injury has slowed that rate in recent weeks, but Haaland will be rested and refreshed after the World Cup break with Norway having failed to qualify for Qatar.