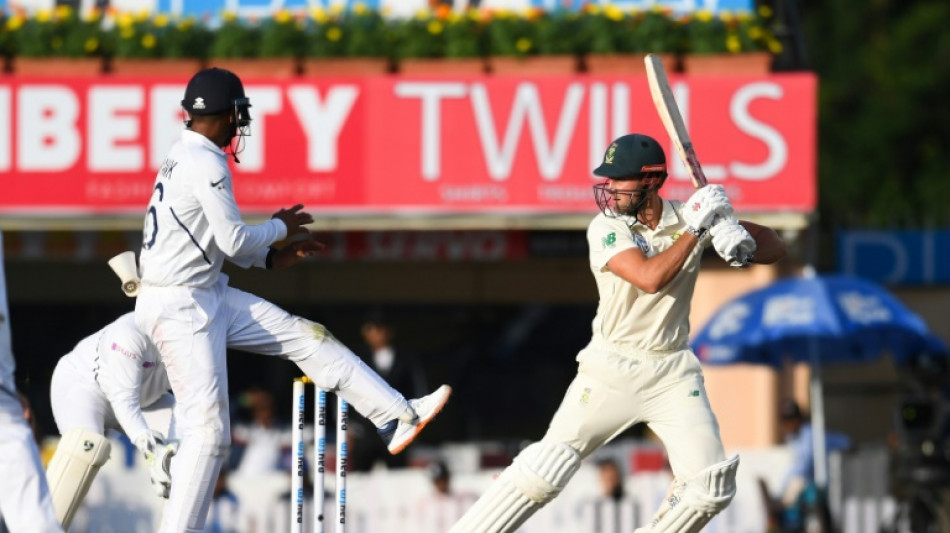 Batsman Theunis de Bruyn has been recalled to the South African squad for a three-Test tour of Australia in December and January, Cricket South Africa announced on Monday.

He scored a century against Sri Lanka in Colombo in 2018 but failed to reach fifty in 22 other innings.

His recall and the inclusion of wicketkeeper-batsman Heinrich Klaasen, 31, add maturity to a fragile batting order.

Rassie van der Dussen, 33, also returns to add stability to the batting after recovering from a broken finger.

That kept him out of the recent T20 World Cup in Australia, where South Africa were eliminated after losing their last group match against the Netherlands.

Captain Dean Elgar, vice-captain Temba Bavuma, fast bowler Kagiso Rabada and left-arm spinner Keshav Maharaj are the only survivors from the squad that gained a 2-1 victory on South Africa's previous Test tour of Australia in 2016/17.

Australia and South Africa are currently first and second on the International Cricket Council World Test championship table and will be seeking to secure a place in the final in England next year.

Only two South Africans, Sarel Erwee and wicketkeeper Kyle Verreynne, have made centuries in ten Test matches since the start of the 2021/22 season.

They both came in the same match against New Zealand in Christchurch in February.

Bavuma is the only batsman to have averaged more than 40 runs an innings during that period.

The promising Keegan Petersen, with a Test average of 35.40, was ruled out of the tour because of a torn hamstring, while Ryan Rickelton, who batted without success in South Africa’s most recent Test, in England in September, has an ankle injury.

South Africa have a strong fast bowling attack, led by Rabada, who will be backed up by Anrich Nortje, Lungi Ngidi and tall left-armer Marco Jansen.

Malibongwe Maketa, who was assistant to former head coach Ottis Gibson between 2017 and 2019, has been appointed as interim coach. He has not previously been involved in a tour of Australia.