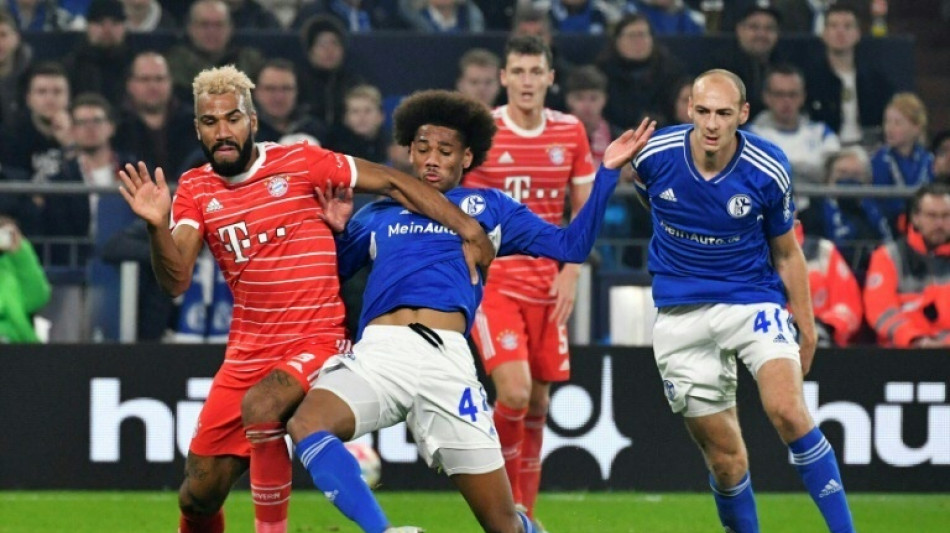 Choupo-Moting, set to lead the Cameroon attack in Qatar, bagged his 10th goal in nine games in all competitions with the second for leaders Bayern Munich in a 2-0 Bundesliga win at Schalke.

Osimhen, who will miss the World Cup as Nigeria surprisingly lost a play-off against Ghana, put Serie A pacesetters Napoli ahead in a 3-2 victory over Udinese.

The Ivory Coast winger failed to add to his six Premier League goals this season when he dragged a penalty wide after being fouled as mid-table Palace lost 1-0 at lowly Nottingham Forest.

He is making headlines almost every week in Italy and was again on target as Napoli maintained their eight-point lead. He tops the scoring charts with nine strikes after heading Napoli into the lead.

Angolan Nzola paid the perfect tribute to injured Spezia teammate Bartlomiej Dragowski with his first goals away from home this season, which gave his team a 2-1 win at rock-bottom Verona. Nzola struck his winning brace after Poland goalkeeper Dragowski suffered an ankle injury which will keep him out of the World Cup.

Choupo-Moting scored his side's second at rock-bottom Schalke after being set up by teenager Jamal Musiala. Defending champions Bayern are six points clear of RB Leipzig.

Off-contract Algeria defender Bensebaini showed why he has clubs lining up to secure his services with a strong performance against potential suitors Borussia Dortmund. Bensebaini rose to head in a free kick, triggering a momentum shift which saw Moenchengladbach win 4-2 at home.

Ivorian striker Kanga scored his second goal of the season as Hertha won 2-0 at home against Cologne to climb out of the relegation zone. Kanga scored after just nine minutes to put Hertha on course for just a third win this season.

World Cup-bound Morocco defender Hakimi had a role in Kylian Mbappe's opener and then scored the third as rampant PSG brushed past Auxerre 5-0 to keep their five-point cushion on top of Ligue 1. Carlos Soler teed up Hakimi for the third goal after 57 minutes for the former Real Madrid and Inter Milan player.

It was a bad night for another Moroccan, however, with striker Harit stretchered off with a knee injury in the 58th minute of Marseille's 3-2 win at Monaco. He has since withdrawn from the Atlas Lions' squad for Qatar.

Ivorian midfielder Fofana scored the winner as Lens kept the pressure on leaders PSG with a 2-1 home victory against Clermont consolidating second spot. Ghanaian ex-Clermont player Samed turned the goal into his own net to give the visitors the advantage but Wesley Said pulled Lens level after an hour with captain Fofana bagging the winner.

Benin forward Mounie scored the winner from a penalty with quarter of an hour to go as Brest earned a valuable three points in the battle against relegation with a 2-1 win over fellow strugglers Troyes.