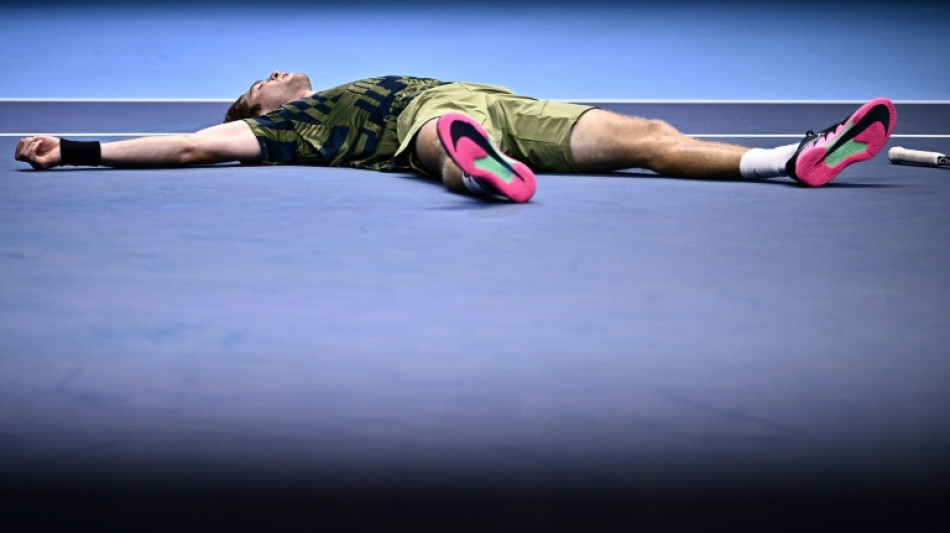 Andrey Rublev opened his ATP Finals campaign on Monday with a hard-fought 6-7 (7/9), 6-3, 7-6 (9/7) win over fellow Russian Daniil Medvedev in their opening group match.

The floppy-haired Rublev, who is making his third straight appearance at the season finale, had the best of the early exchanges and appeared to be on course to wrap up the first set in quick time as he opened up a 4-1 lead.

World number five Medvedev had an inconsistent day on his serve, mixing 24 aces with eight double faults, but he battled back, saving two set points at 5-6, to take it to a tiebreak.

Rublev, three places lower in the rankings and the only player in the Green Group not to have previously won the Finals, rediscovered his rhythm in the second set as Medvedev again struggled on his serve, to take the match into a decider.

The third set again went to a tie-break, this time without a single break on either side. Medvedev saved three match points at 3-6 in the breaker and then a fourth.

But he was powerless on the fifth match point as Rublev closed out the match, slumping on to his back after two and a half hours on court.

"Peace peace peace is all we need," Rublev wrote on the television camera on court at the end of the match, echoing his call for peace in Ukraine when he won in Dubai in February, just after the Russian invasion.

The other game in the Red Group on Monday sees Novak Djokovic taking on Stefanos Tsitsipas with the Greek needing to win every match he plays this week to become year-end world number one.