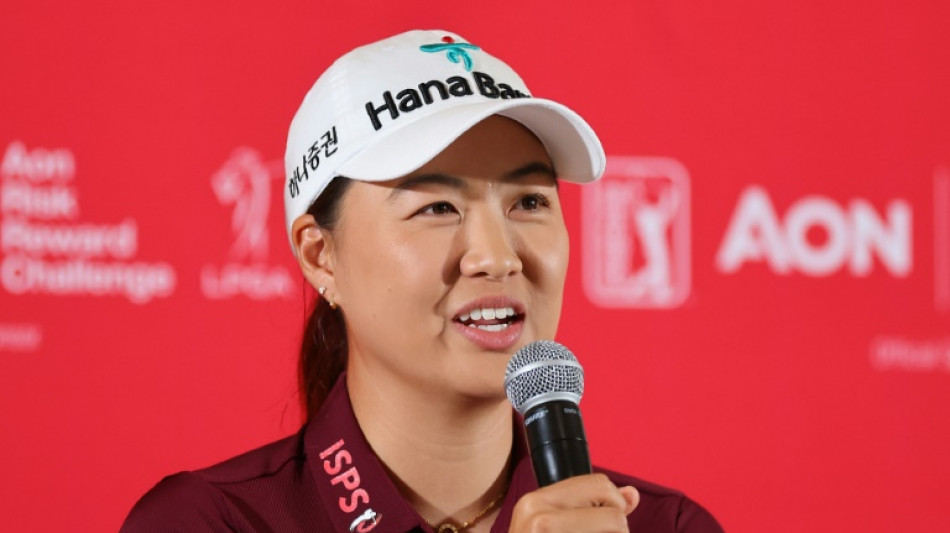 Australia's Minjee Lee takes aim at a 2022 money title and the LPGA Player of the Year award when the season-ending Tour Championship begins Thursday.

A field of 60 players will compete for a $2 million winner's payday, the biggest prize in women's golf history, at the $7 million event on Tiburon Golf Club in Naples, Florida.

Lee won the US Women's Open and the old women's golf record top prize of $1.8 million in June, three weeks after taking the LPGA Founders Cup.

But eight players have a chance to claim the money crown by winning this weekend and they all have a chance to set a season record money total, breaking the mark set by Mexico's Lorena Ochoa in 2007 of $4,354,994.

"Definitely it would be such a great honor. Lorena is one of my favorite players," Lee said.

"I haven't actually really thought about it. I know that I've had a really great year.

"I'm just going to try to get out of my own way and just play the way I know how to play. That's sort of my number one goal at this point."

LPGA Rookie of the Year Atthaya Thitikul of Thailand, overtaken by American Nelly Korda last week for the world number one ranking, ranks a distant second in the Vare chase.

Ko, a winner in January at Boca Rio and last month in South Korea at the BMW Championship, leads the Player of the Year race 150-149 over Lee with Thitikul and Canada's Brooke Henderson sharing third on 130.

"I really want to win that, but I know there's four people who potentially could win it and are really close," Lee said. "I'm one point behind Lyds. I'm just going to have to take it day by day.

"I'm not really sure about what the outcomes are, but I think you'll have a win, right? I'm just going to do my best and see where it is at the end of the week."

Lee or Ko would clinch Player of the Year by winning the Tour Championship. Lee needs no worse than a top-10 finish. Henderson or Thitikul could win the award by taking the title if Ko and Lee are third or worse.

Thitikul could become first player to win Rookie of the Year and Player of the Year in the same season since South Korea's Park Sung-hyun in 2017.

Two-time defending champion Ko Jin-young of South Korea will be playing through pain in quest of a third consecutive crown.

After missing back-to-back cuts for the first time in her career, Ko started a seven-week break in August due to a left wrist injury.

Fourth-ranked Ko rated the wrist as "OK but not good" and said she is hurting on every shot with a pain level of seven or eight on a scale with 10 the worst.